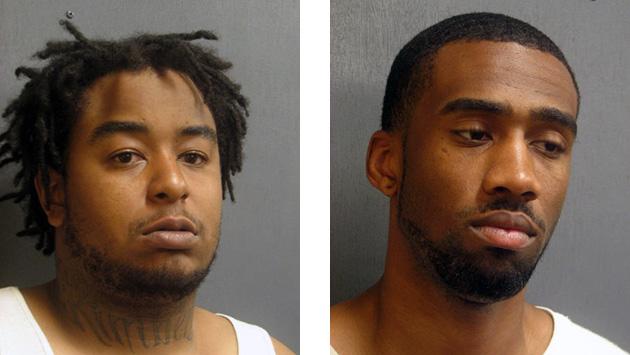 Evanston police say they nabbed two gun-toting felons on the city's west side earlier this week.

Evanston police say they nabbed two gun-toting felons on the city's west side earlier this week.

Cmdr. Jay Parrott says officers on patrol about 4:30 p.m. Tuesday in the 1800 block of Brown Avenue spotted a man wanted on a Pennsylvania narcotics warrant walking with another man.

When the officers tried to stop the two, both fled on foot, but were taken into custody and each was found to be carrying a loaded 9mm handgun.

Hill, who was sentenced to 18 years in prison in 2006 for the 2005 murder of Robert Gresham at The Keg, was out on parole at the time of this week's incident. He's been charged with a parole violation as well as with resisting a police officer.

Aikens was also arrested on the Pennsylvania warrant for delivery of cocaine.

Parrott says that police believe that the recovery of firearms and the arrest of the two men may have headed off additional shooting incidents in the city.

Both men are scheduled to appear at 9 a.m. July 31 in Skokie district court.