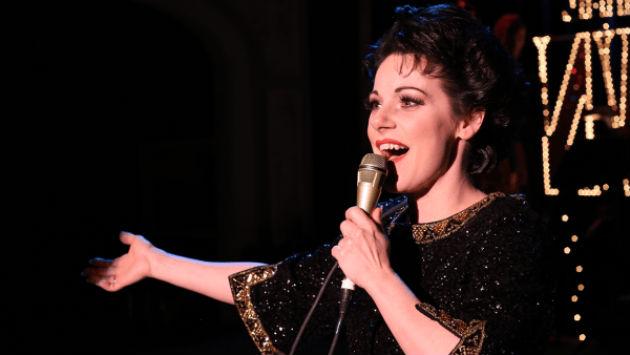 Turn back the clock and immerse yourself in an entire season of Broadway in 90 minutes. Porchlight Music Theatre’s New Faces Sing Broadway is a series of performances, twice at SPACE already, that offers theater-goers a look at classic pieces of musical theater through fresh new faces in the industry.

For the Oct. 29 performance, New Faces Sing Broadway 1956, at SPACE, 1245 Chicago Ave., award-winning actress Angela Ingersoll (star of Porchlight’s “End of the Rainbow”) serves as the guide on your journey of nostalgia, with unforgettable hits from this golden year of song and dance.

Rogers and Hammerstein forever changed music theater, offering audiences a new formula that would flourish for decades to come. A peak year in Broadway history was 1956, with My Fair Lady becoming the biggest hit thus far in music theater, even being called the perfect musical. Now is your chance to experience this classic, plus many others with Porchlight Music Theatre’s production of New Faces Sing Broadway 1956.

Audiences will be immersed in an entire Broadway season, from beginning to end, in one magical night. You will hear pieces from fan favorite productions, like The Most Happy Fella, Bells are Ringing, and many others! Photos and films of the era will be peppered throughout, offering a multimedia presentation along with the iconic musical numbers. The performance is not only emotionally immersive, but interactive as well, offering trivia games with prizes, sing-alongs, and more.

The New Faces that will join Ingersoll include Bryce Ancil (recently in “Spring Awakening” with Blank Theatre), Ben Barker (who appeared in “Into the Woods” at Writers Theatre), Grace Bobber (seen in “Pinkalicious” at Marriott), Lydie Burke (last in “Junie B. Jones” at Marriott Theatre), Justine Cameron (currently in “Newsies” at Paramount), Carl Herzog (seen in “Bridges of Madison County” with Theo Ubique), Juan Gonzalez Machain (recently in “My Manana Comes” at Teatro Vista), Jennifer Ledesma (recently seen in “Grand Hotel” with Kokandy), Eunice (Yoo-Mi) Park (soon to be seen in “Baked! The Musical” at the Chicago Music Theater Festival) and Ken Singleton (now in “Newsies” at Paramount).

Ingersoll has stunned audiences with her portrayal of Judy Garland in the play, “End of the Rainbow,” and has even earned attention from the Garland family, partnering with Judy’s son onstage for Joey Luft and Angela Ingersoll Celebrate Judy Garland.

Directed by Brianna Borger, with musical direction by Chuck Larkin.