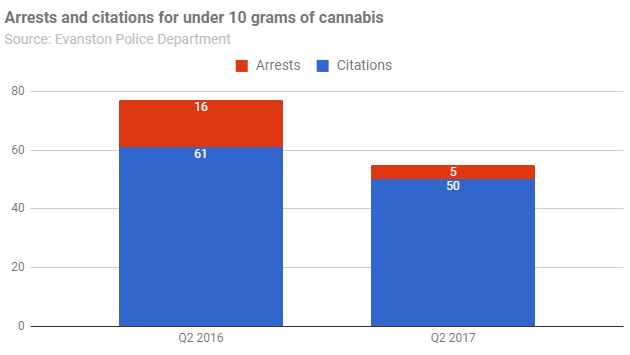 Figures to be presented at Monday’s City Council Human Services Committee meeting show 50 citations and 5 arrests for possession of under 10 grams of cannabis in the second quarter of this year. That compares to 61 citations and 16 arrests during the same period last year.

The decline comes amid ongoing efforts to legalize recreational use of marijuana in Illinois. State Sen. Daniel Biss (D-Evanston) is a co-sponsor of a bill introduced by State Sen. Heather Steans (D-Chicago) to accomplish that. State Rep. Kelly Cassidy (D-Chicago) has introduced a companion measure in the House. Both their districts include a small slice of south Evanston.

Steans and Cassidy say they plan to reintroduce modified versions of their bills when the legislature reconvenes in January.

Some advocacy groups argue that legal weed could generate $350 million to $700 million in annual tax revenue for the state.

But substantial disparities remain in the frequency with which members of different racial and ethnic groups are cited for possession of small amounts of cannabis. 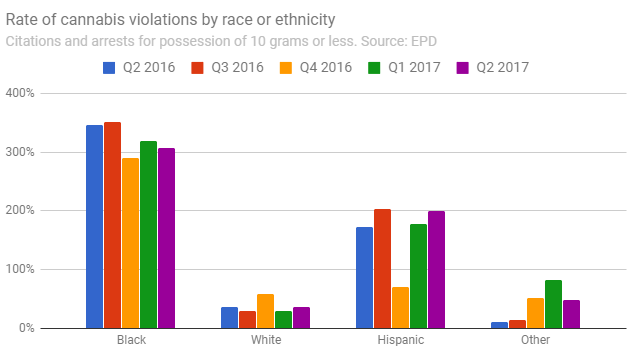 Similar disparities appeared in a Chicago Reader study of possession arrests in that city in 2016 — although there were some differences.

A 2013 report by the American Civil Liberties Union cited research indicating that blacks and whites use marijuana at similar rates, but disparity in arrests rates are common across the country.

Evanston Police Chief Richard Eddington has said that cannabis arrests tend to take place where people congregate on the street and where police receive complaints from neighbors about drug dealing, and that both of those things tend to happen most often in low-income neighborhoods. 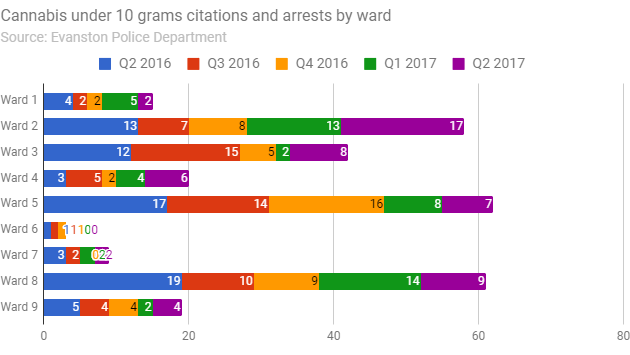