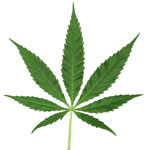 Evanston's Human Services Committee is scheduled tonight to discuss an ordinance proposed by the mayor that would reduce penalties for marijuana possession in Evanston.

The proposed ordinance would set a minimum fine of $50 for possession of 10 grams or less of marijuana and direct that such violations be heard in the city's administrative hearings division, rather than in Skokie district court.

The ordinance would set the same fine structure — a minimum of $50 and a maximum of $500 — for possession of larger quantities of pot, but those cases would he heard in Skokie district court.

The current city code provides similar penalties possession for possession of 10 grams or less of marijuana, but it lacks the provision directing that such violations be heard in the administrative hearngs division. It also is silent on how cases involving more than 10 grams should be handled.

By being treated as a ticket in administrative adjudication, the offender would not end up with a criminal record.

Mayor Elizabeth Tisdahl has argued that current enforcement efforts enmesh too many young people into the criminal justice system without effectively detering marijuana use, and also make it difficult for offenders to obtain gainful employment.

Police Chief Richard Eddington says 144 people were arrested for marijuana possession in 2010, with about 50 involving possession of 10 grams or less.

Until now, Eddington says, such cases have been handled either under the city ordinance or state law and either in administrative adjudication or in Skokie District Court.

"My understanding is that the goal of the ordinance being discussed tonight is to have all the cases involving 10 grams or less go to administrative adjudication," Eddington said.