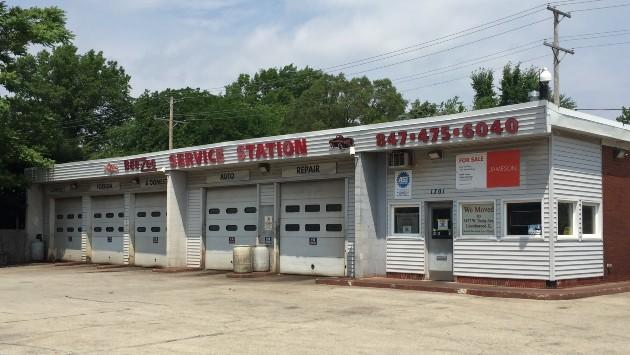 A local entrepreneur says he wants his business to become the “Uber Eats of cannabis.”

Adam Zats, whose family owns the now-closed Bee Zee service station at 1701 Howard St. in Evanston, has applied for a cannabis transporter license for that site from the State of Illinois.

Recreational marijuana became legal in Illinois in January, and last month set a record of $44 million in sales.  Both recreational and medical cannabis dispensaries were deemed “essential” businesses by the state, and have remained open during the various phases of the statewide stay-in-home order.

However, if Zats’ company, MJA Chicago, LLC, gets the transporter license, there will not be any pot, smokable, edible, or otherwise, at the Howard Street location.

A transporter’s license only allows the holder to move marijuana among growth, infusion (manufacture of edibles), and dispensaries (sales outlets).  MJA Chicago has applied for cultivation and infusion licenses in the Lawndale neighborhood of Chicago. Howard Street, Zats says, would just be “a parking lot,” although he says the now-vacant Bee Zee building would be improved and turned into offices for the company.

Zats had hoped to hear by July 1 about his applications for transporter, cultivation and infusion licenses. But he expects a delay of several weeks, because the state is putting off awarding 75 dispensary  or sales outlet licenses, so it’s likely, he says, that the other type of applications will be delayed as well.

Zats says the transporter business could carry product for other cannabis companies and perhaps someday do home delivery, even if MJA, LLC does not receive the cultivation or infusion licenses it is seeking.

“We’d hope to have accounts with every dispensary,” he says. Zats is optimistic about getting the transporter license, because while only 75 new dispensaries will be permitted, he says there is no limit to the number of transport firms the state can allow.

Five-to-ten vehicles and drivers would be based at Howard Street, Zats says. He says the drivers would require background checks before being hired.

Zats says he had a licensed cultivation facility in Colorado and is also involved in construction of a medical marijuana facility in Michigan. If the Howard Street site becomes a transport facility, Zats says a percentage of the profits will be returned to the community for as-yet-to-be defined activities. That’s more than what’s coming from the site now. “Right now,” he adds, “it’s just sitting collecting dust.”

Zats will also need special use permit approval from the city to be able to open the business. He’s currently scheduled to appear before the Zoning Board of Appeals on July 21 regarding that request.