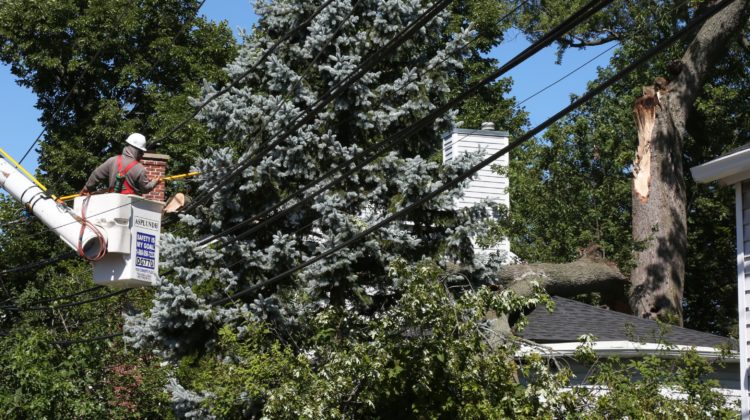 A worker cuts fallen tree limbs away from power lines this morning in an alley north of Lake Street between Florence and Dewey avenues. (Barbara Freeman photo)

The rain and wind storm that blew through Evanston late Monday afternoon had crews from tree services and ComEd out this morning cleaning up the damage and restoring power.

By mid-morning Commonweath Edison was reporting a few hundred customers in Evanston still without power, and by early this afternoon the company said only one cluster of less than five customers, just south of Dempster Street and east of Dodge Avenue was still powerless.

The storm appears to have done much more damage to the south of us in the City of Chicago where there were reports of a small tornado in Rogers Park.

As of 2 p.m. ComEd was reporting more than 335,000 of its over 4 million customers across the metro area still were waiting for their power to be restored.