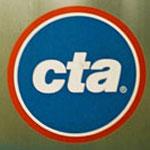 The Chicago Transit Authority says a Commonwealth Edison power outage is affecting service on all 'L' lines at the Howard Street station.

Major delays are reported on the Red and Purple lines and service has been suspended on the Yellow Line.

The power outage is forcing crews to manually operate switches at the station.

No word yet on when normal operations may be restored.

Update 6:50 p.m.: What the CTA describes as a minor derailment at Howard has now forced a suspension of service on the Purple Line. Travelers are being directed to use the Route 201 or 205 buses instead.

Update 7:50 a.m. 2/8/14: Service on the Purple and Yellow lines was restored by early this morning and the lines reportedly are operating normally at this hour.