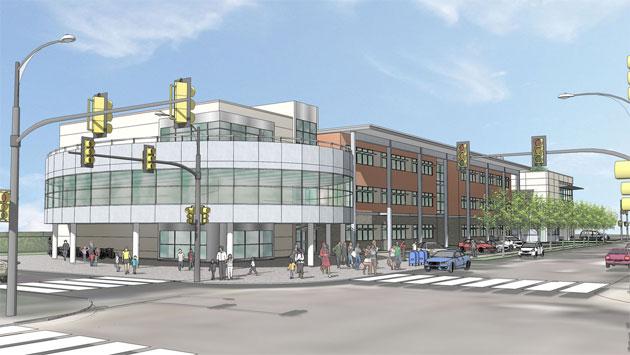 The Evanston/Skokie District 65 School Board has released preliminary design sketches by TMP Architecture of the proposed new school for the 5th Ward, the fate of which is in the hands of the March 20 primary voters on a referendum to issue $48.2 million in bonds for the construction of the school and for additions at three middle schools. 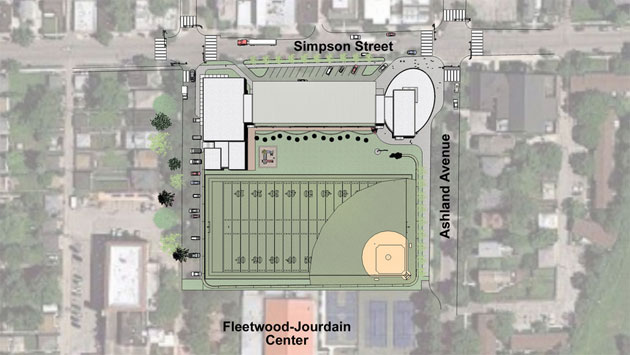 This aerial view shows how the school is positioned on the property of the former Foster School, which was sold to Family Focus in the 1960s after it had been renamed Martin Luther King Laboratory School. Upon closing, King Lab was moved south to Dempster Street, leaving the 5th Ward without a school. To this day, students in that area are bused to other schools in the district. 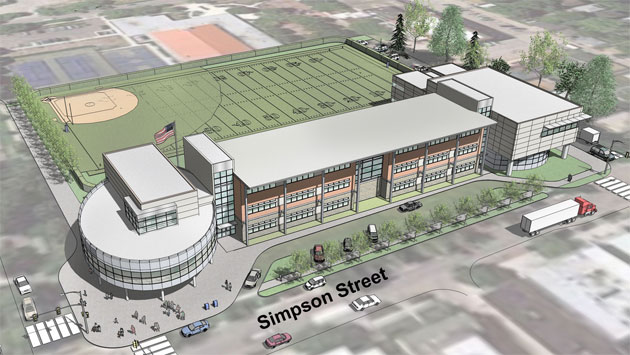 This is the front of the school, as it is positioned along Simpson Street. The school’s main entrance would be at Simpson Street and Ashland Avenue. The school would serve students from kindergarten through fifth grade. 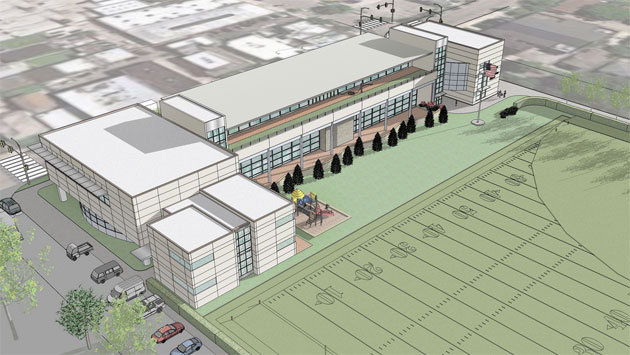 This is the view of the rear of the school and the adjacent Foster Field. It is presumed that the field would be shared with the Fleetwood-Jourdain Community Center.at Foster Street and Ashland Avenue.

The school would feature state-of-the-art environmental sustainability attributes such as a green roof and sun shading at the windows.