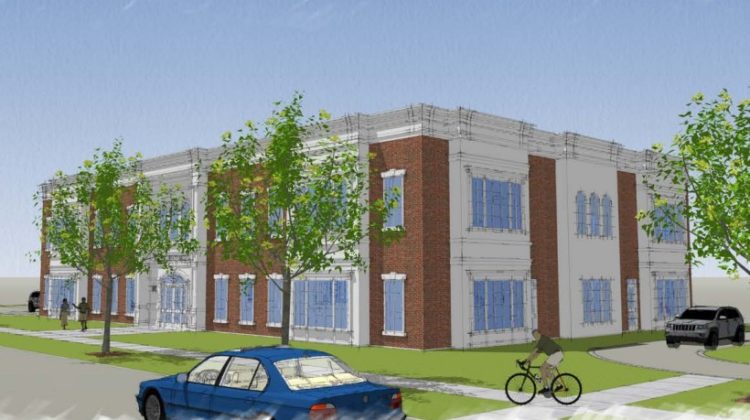 A rendering of the proposed Kensington School.

Evanston’s Design and Project Review Committee is scheduled to take a second look this week at plans to build a preschool at the site of a church across from Willard Elementary School.

The private Kensington School would replace the building occupied by the Second Church of Christ, Scientist at 2715 Hurd Ave.

Last year the church planned to sell its building to the Salvation Army, but the army backed out of that deal in the face of opposition from neighbors.

Action on the new proposal was postponed at last Wednesday’s DAPR meeting to give the applicant additional time to respond to staff and public comments.

A consultant for the school has prepared a traffic study to be presented at this Wednesday afternoon’s DAPR meeting.

The study, based on pre-pandemic traffic counts from Willard School, concludes that the preschool will not add to traffic congestion in the neighborhood.

The 21,314 square foot school building would provide 34 parking spaces on the east and north sides of the building.

The developer is requesting planned development site allowances for building height, lot coverage, impervious surface area, and for the location of the east side parking.