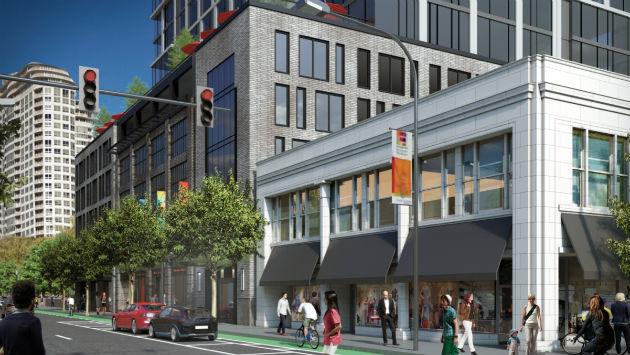 In a unanimous decision, the Preservation Commission Tuesday night gave a favorable recommendation to Vermilion Development’s proposal for a 33-story building at 601 Davis Street.

Commissioners did voice concerns about plans for openings on the fifth level of the new tower that would ventilate the parking garage but could make cars visible to people outside the building.

Commissioners said a view of cars at that level wouldn’t suit the streetscape. They also worried about light and noise pollution from the garage and wanted that design revisited.

The Commission also asked for a detailed protection plan for the adjacent landmark two-story University Building to ensure it remains structurally sound during construction.

The preservation panel, which doesn’t typically get to review planned developments, did get to make a recommendation in this case because of the landmark building on the development site.

The meeting did not touch on controversial aspects of the proposal including zoning allowances needed for such a tall structure. Those issues will be addressed by the Design and Project Review Committee, the Plan Committee and the City Council.

In support of the project, Vermilion‘s director of residential real estate, Kerry Dickson, said it would mean an additional $1.4 million a year in property taxes for the city and schools and about 675 construction jobs. 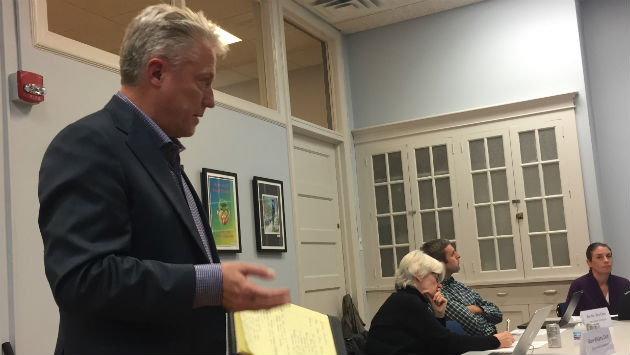 Kerry Dickson of Vermilion Development speaking to the Preservation Commission.

Dickson said it will revitalize the area — replacing a vacant lot and a single-story bank drive-thru — and add more residents downtown, helping restaurants and retail shops.

The Design and Project Review Committee is scheduled to review the 601 Davis plans today when it meets at 2:30 p.m. in Room 2404 at the Civic Center.