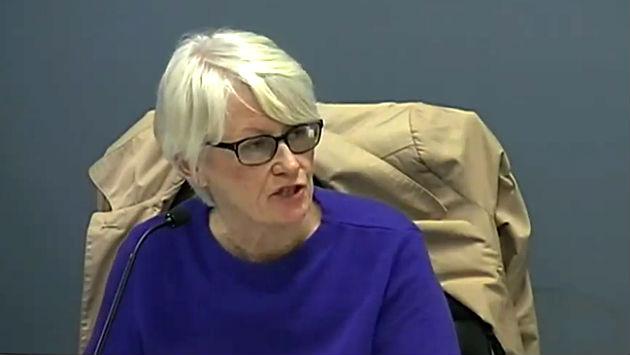 To no one’s surprise, Evanston’s Preservation Commission this evening voted unanimously to reject the city’s plan to demolish the lakefront Harley Clarke mansion.

Commission Chair Diane Williams said the city’s request met none of the standards under the preservation ordinance for a certificate of appropriateness to authorize the demolition.

Before the vote, the panel heard from dozens of speakers, many professionals who make their living from preservation projects, who decried the demolition plans.

City Manager Wally Bobkiewicz argued that the mansion was not a prime example of a particular architectural style, that it would be expensive to rehab the property and that the city has already spent seven years in an unsuccessful search for new uses for the mansion.

But Elliott Dudnik and other commission members disputed the manager’s claims about the deterioriated state of the property and the cost of repairs.

And Williams said she saw no real imperative to demolish the building, which has been vacant since 2015. “There are examples of buildings being mothballed for many years that have ultimately found their use,” Williams said, adding that the use “needs to be fundamentally market-based.”

That, of course has been the problem with finding a new use for the mansion.

A market-based boutique hotel plan proposed by Tawani Enterprises was rejected after some residents said it would involve selling parkland for private profit and would over-commercialize the lakefront..

And a non-profit plan for an ecology education center foundered over the advocates’ limited fundraising success.

The commission directed staff to prepare a report summarizing its findings for review and adoption at the commission’s Nov. 13 meeting.

But the commission’s Nov. 13 vote is unlikely to dispose of the matter. Under the preservation ordinance: