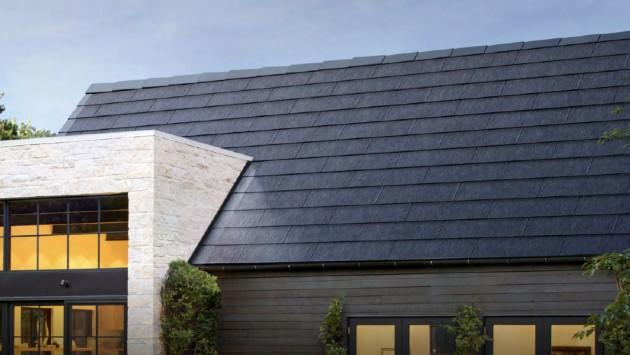 After a rebuke from the City Council, Evanston’s Preservation Commission Tuesday night approved a plan for a renovation project using solar panels.

The Council on Nov. 25 overturned the Preservation Commission’s rejection of plans to add solar panels that would be visible from the street to a home at 1040 Hinman Ave.

So when the commission Tuesday considered an application to turn a vacant former livery stable building at 318-1/2 Dempster St. into a single-family home using a new style of solar panels from Tesla, the electric car manufacturer, commissioners raised no objection to the roof treatment.

“We just got reversed 9-0 on solar panels by the City Council,” said Commission Chair Mark Simon, “and on the whole I think the scope of this is far less intrusive. I think this is a great project and something we should approve.”

A photo of the current state of the building from the application to the Preservation Commission.

Project architect Matthew Kerouac said the solar panels, which would be applied only to the south face of building’s roof, would cost about $70,000.

Kerouac said the property owners are seeking historic certification from the state to qualify for tax credits for the renovation project, and that he’s been working closely with Anthony Rubano of the Historic Preservation Division of the Illinois Department of Natural Resources on the project.

Kerouac said Rubano had suggested the Tesla shingles for the south-facing roof along with a metal shingle for the other roof surfaces. The project will also involve restoring all the existing windows and doors, adding some matching windows and a door and adding skylights to the roof.

Commission Secretary Elliott Dudnik said he thought a standing seam metal roof would be a more historically appropriate choice than the metal shingles, but added that he didn’t want to interfere with the efforts to win state certification.

Kerouac added that the state’s approach to making modifications to a historic building tends to differ somewhat from thaat of the Evanston commission.

The state would prefer that an added feature have some element that distinguishes it from the original, a window in a door, for example, he said, while the city panel tends to prefer an exact replica.

The city’s preservation planner, Carlos Ruiz, said that to help the applicant get state approval, he would recommend that the local commission approve what the state is recommending.

“Those are the nicest words I’ve heard all night,” Kerouac replied.