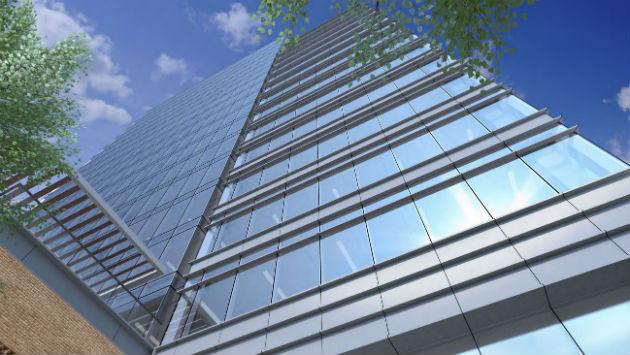 Evanston’s Preservation Commission has a packed agenda tonight, with a scheduled advisory review of the proposed 19-story office tower at 601 Davis St. and consideration of proposed changes to a half-dozen private homes.

The Davis Street project goes before the commission because it includes plans to preserve the landmarked University Building on the northwest corner of Davis and Chicago Avenue while constructing the tower just to the west on what’s now a vacant lot and the Chase Bank drive-thru.

The University Building at 601 Davis St. in a 2018 photo from Google Maps.

The office towe plans still have a long way to go through the city’s planned development review process, including a hearing before the Plan Commission and ultimately a vote by the City Council.

Homeowners, or their contractors or architects, will be seeking the commission’s approval tonight for plans at:

The commission is also scheduled to get a staff report on a request from Alderman Robin Rue Simmons, 5th Ward, to revive a plan from 1995 that then 5th Ward Alderman Joe Kent advanced to create a “Cultural Preservation District” that would acknowledge African-American heritage in Evanston.