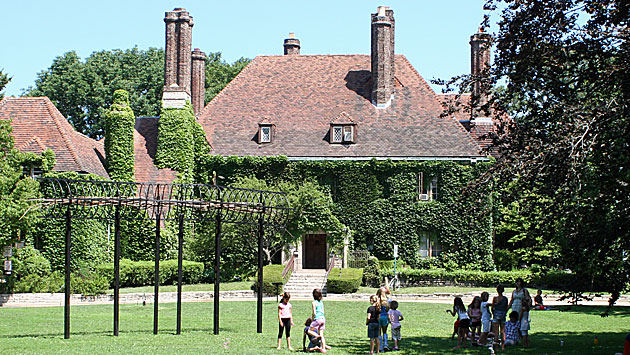 Evanston's Human Services Committee tonight is scheduled to vote on whether to seek formal requests for proposals for the sale of the city-owned Harley Clarke mansion on the lakefront.

City Manager Wally Bobkiewicz, in a memo to aldermen, says four parties submitted statements of interest in the property from more than 10 people who toured the building in response to a request for interest the city issued in May.

Bobkiewicz is proposing that the aldermen set a deadline of Sept. 28 for submission of the proposals.

The city is considering selling or leasing the mansion building itself, but retaining ownership of the underlying property and surrounding land.

The mansion is now leased the the Evanston Art Center, which is looking for new quarters in the city.

The property is believed to have at least several hundred thousand dollars worth of deferred maintenance issues, and the aldermen have concluded the city doesn't have the resources to pay for the work.