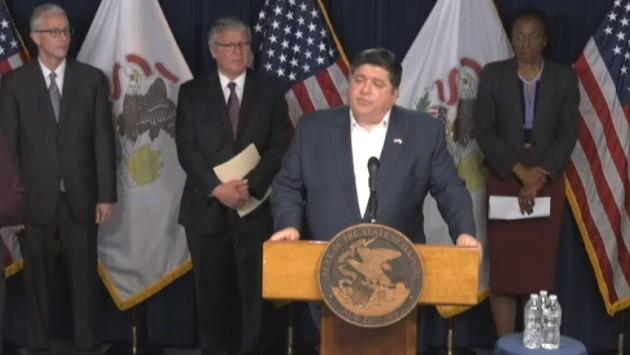 At a news conference this afternoon Gov. J.B. Pritzker said he’s extending his stay-at-home order and other restrictions, including school closings, through the end of April.

He said its still not clear when the immediate pandemic crisis will recede and expects it will still get worse before it gets better.

Pritzker praised school administators and teachers. He said the schools will not need to make up any days during which the schools have been closed. He says remote learning will be in place for the the remainder of the period in which schools are closed.

He says schools will be expected to use tests administered during the period for feedback, but not grading.

Illinois Public Health Director Dr. Ngozi Ezike said extending the stay at home order is key to reducing the spread of virus and the number of peopel who become ill.

The governor also said the state is working to reduce spread of COVID-19 at prisons and releasing some inmates to provide more social distancing at the prisons.