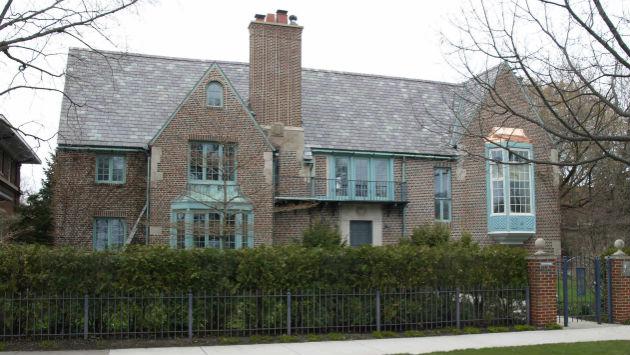 Evanston billionaire Jennifer Pritzker flipped a three-story lakefront home she bought two-and-a-half years ago last Friday, selling it for $2.85 million — nearly a million more than she paid for it — after putting it through an extensive renovation.

The three-story home at 1140 Lake Shore Blvd. was acquired by Pritzker's Burnham Shores Residence LLC in November 2012 for $1.91 million.

The four-bedroom, three-and-a-half bath home was described in the listing as having custom millwork and wall covering. The nearly 4,300-square-foot home features a two-story living room with a lake view and a massive art deco fireplace.

The Chicago Tribune says Pritzker, who has one bed and breakfast on the Evanston lakefront and is in the midst of renovating another on the same block for B&B use, owns a total of about 35 properties in the Chicago area with an estimated market value of $75 million.