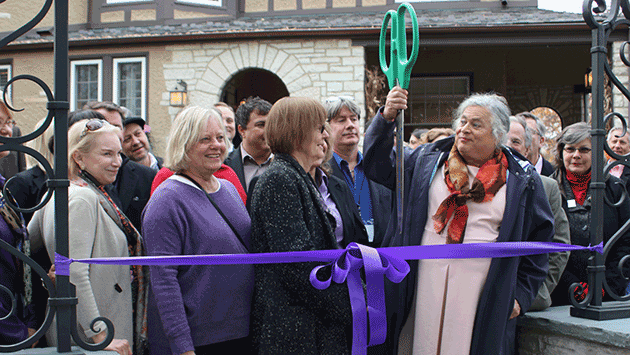 Col. Jennifer Pritzker reportedly plans to put her two Evanston bed-and-breakfast properties on the market by the end of this year.

Chicago Business, which first reported the sale plans, says representatives of Pritzker’s Tawani Enterprises haven’t indicated whether she plans to sell them as operating bed-and-breakfasts or as conventional homes.

Pritzker placed two other North Shore properties on the market this spring — a six-bedroom Colonial on Indian Hill Road in Winnetka listed at $3.85 million acquired in 2015 for just under $2.8 million, and a seven-bedroom Tudor at 2437 Sheridan Road in Evanston acquired for $1.7 million in December 2014 and now listed for sale for $1.995 million.

Except for the Sheridan Road building, all the properties have been extensively remodeled since Pritzker acquired them.

The first of the Evanston B&Bs, Stone Porch, at 300 Church St., opened in October 2014 after undergoing a reported $2 million restoration. The second, Stone Terrace, two doors away at 1622 Forest Place, opened in January 2016.

Pritzker’s B&B plans initially drew sharp opposition from some of her lakefront neighbors, but those concerns appear to have diminished with the apparently uneventful operation of the establishments.