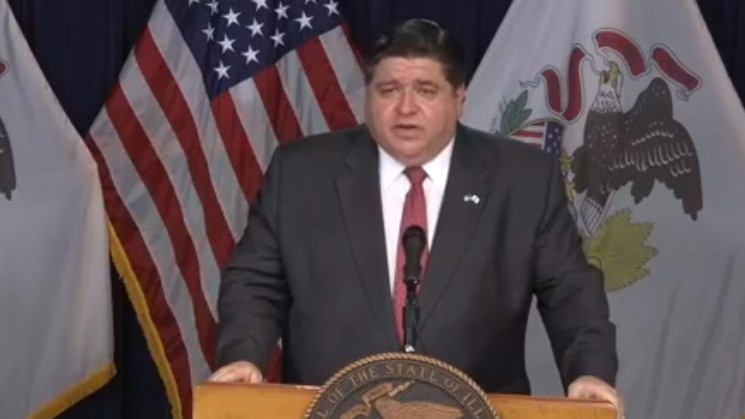 Gov. J.B. Pritzker this morning announced new penalties for businesses that fail to require employees and customers to wear masks.

The governor said the new emergency rules issued by the Illinois Department of Public Health would provide for a phased approach, starting with education on compliance, then a warning, an order to reduce the number of patrons in the building and then a fine of up to $2,500 for firms that fail to follow the rules.

The rules must be approved by the Joint Committee on Administrative Rules, a bipartisan legislative oversight commission, to take effect.

Previously, he said, the state rules gave local officials little choice but to begin license revocation proceedings against businesses that violated the mask rules, a step that was widely regarded as too harsh.

At this morning’s news conference a parade of union officials, including representatives of both of the state’s major teachers unions, along with the head of he state’s restaurant associaiton, praised the move as a way to improve safety for workers and make it more likely that schools will be able to safely return to in-person education sooner.