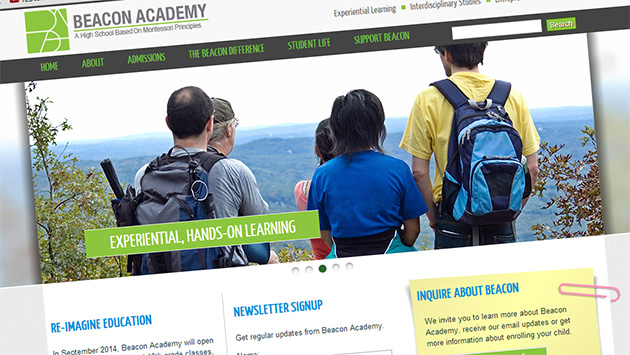 Beacon Academy, a planned private high school based on Montessori principles, is seeking $650,000 in loan guarantees from the City of Evanston to help it open in a vacant downtown space next year.

The school — whose website promises it "will open its doors" in September 2014 — has only raised about $800,000 of an estimated $2.5 million required to fund start-up costs and cover operating deficits in its early years, according to a city staff memo prepared for the Economic Development Committee.

The school wants to move into now-vacant second-floor space at 715 Church St., built in 1950 for the Lyttons department store chain and more recently the Evanston Barnes and Noble store, until the bookstore moved across the street to the Sherman Plaza development.

As a backup location, the school is also considering space at 622 Davis St.

The city staff memo says the 715 Church space would require major upgrades, including new heat and air conditioning units, stairways and an elevator. It says much of the sapce is in disrepair after renovations done to refit the first floor for new retail tenants.

The school has already hired four employee, including two Evanston residents, and anticipates having a staff of 30 to 40 when fully operational.

The city staff memo suggests that the school could establish collaborative relationships with arts, music and theater groups in town and be a draw for new residents seeking alternative school options.

The EDC is scheduled to discuss the concept at its meeting tonight. If there's committee support for the idea, a formal proposal would be presented at a future meeting.