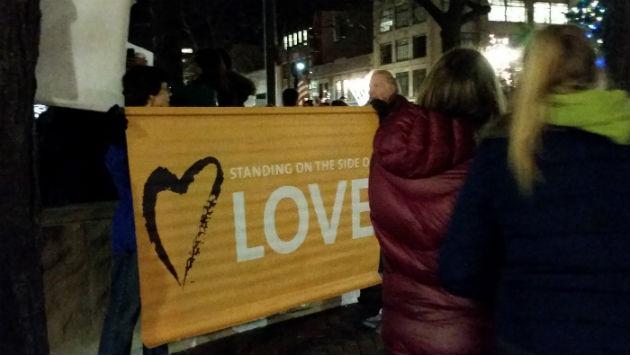 About 200 people turned out at Fountain Square in downtown Evanston this evening for a rally voicing support for the Muslim community that's been the target of a fear campaign in the wake of terrorist incidents in the U.S. and overseas.

The rally was timed to serve as a counterpoint to the Republican presidential debate this evening where candidates including Donald Trump are expected to repeat calls for a crackdown on Muslims, including Trump's proposal to ban immigrants from the United States based on their religion.

About a dozen groups were involved in organizing the demonstration, including Evanston's Dar-us Sunah mosque, Second Baptist Church, the YWCA and Evanston Neighbors for Peace. 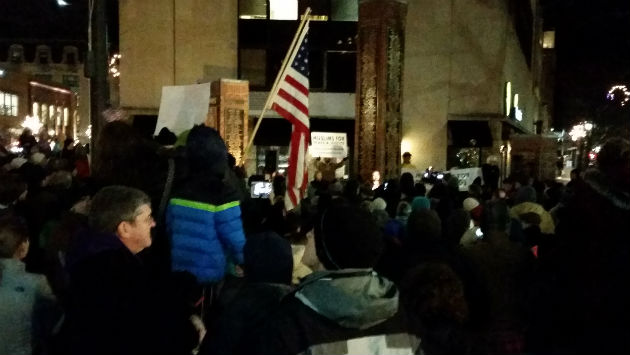 With the square decorated for the holidays — including Christmas and Hanukkah — speakers called for inclusiveness and praised the contribution of Muslim residents to the community — people who, one speaker said, may be your doctor or your teacher.