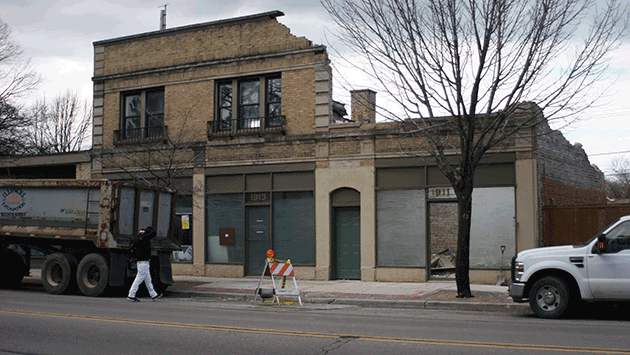 Demolition work was underway today on the former carpet store buildings at 1911-17 Church St. that billionaire Jennifer Pritzker plans to turn into the site for a youth learning center called Project Beacon.

The building has been vacant for a decade or more after being acquired by entities controlled by developer Daniel Cheifetz.

In 2006 Cheifetz unveiled plans for a retail and office complex on the site, but that project never got off the ground.

Pritzker's Project Beacon LLC acquired the buildings and two vacant lots to the east from Cheifetz in September for a total of $422,500, according to county property records. 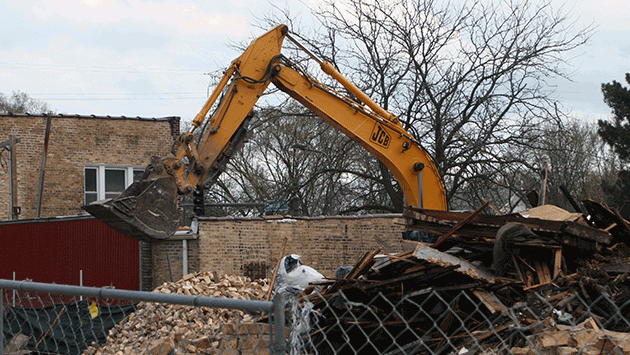 A Pritzker spokesman has said the new structure planned for the site across from Evanston Township High School will serve as "a modern learning center that will encourage local students to explore different creative outlets and activities to express themselves while improving their skills and talents."

Pritzker is an Evanston resident and her Tawani Enterprises has been involved in redeveloping a number of properties in Evanston and in Chicago's Rogers Park neighborhood.