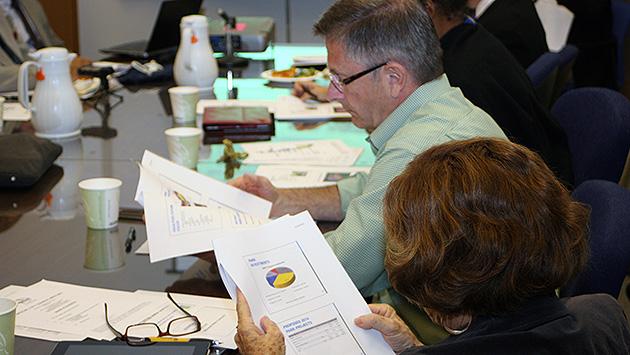 Evanston aldermen this week were told the city will need to spend about $26 million soon to replace its aging water reservoir under a parking lot at the north end of the Northwestern University campus.

The five-million gallon reservoir is about 80 years old. The city had previously considered replacing only its roof — at a cost estimated earlier this year of just $4 million.

But City Manager Wally Bobkiewicz and Utility Director Dave Stoneback say inspections have shown that the walls of the reservoir need replacing as well. 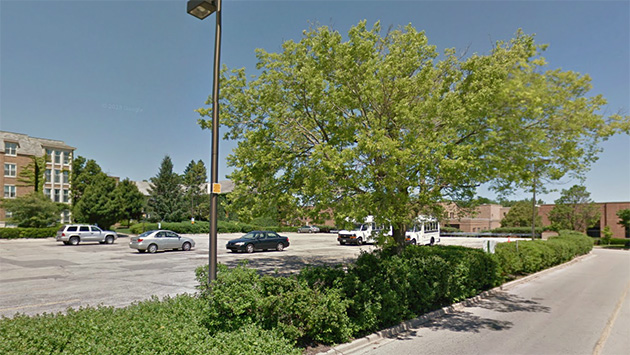 Top: Aldermen at a meeting Monday look over presentations detailing the city’s capital needs. Above: This parking lot on the NU campus, shown in an image from Google Maps, sits on top of a city water reservoir.

Getting the reservoir replaced is one key to convincing more nearby communities that they should buy water from Evanston — a business city officials hope will generate substantial new revenue for Evanston in the future.

The reservoir is the single biggest capital improvement project on tap for the city’s water treatment and distribution system over the next several years — but not the only one.

Stoneback says the city needs to spend about $2.7 million to paint and repair its two standpipes, and, since the standpipes provide additional storage capacity, that work need to be done before the reservoir is shut down for replacement.

He says the city stores another five-million gallons at the water plant itself and can still meet supply need while the parking-lot reservoir is out of service but will have to coordinate operations very carefully to do so.

Several other projects on the list add up to about another $8 million in capital needs.

Then there’s the water distribution pipes under city streets. 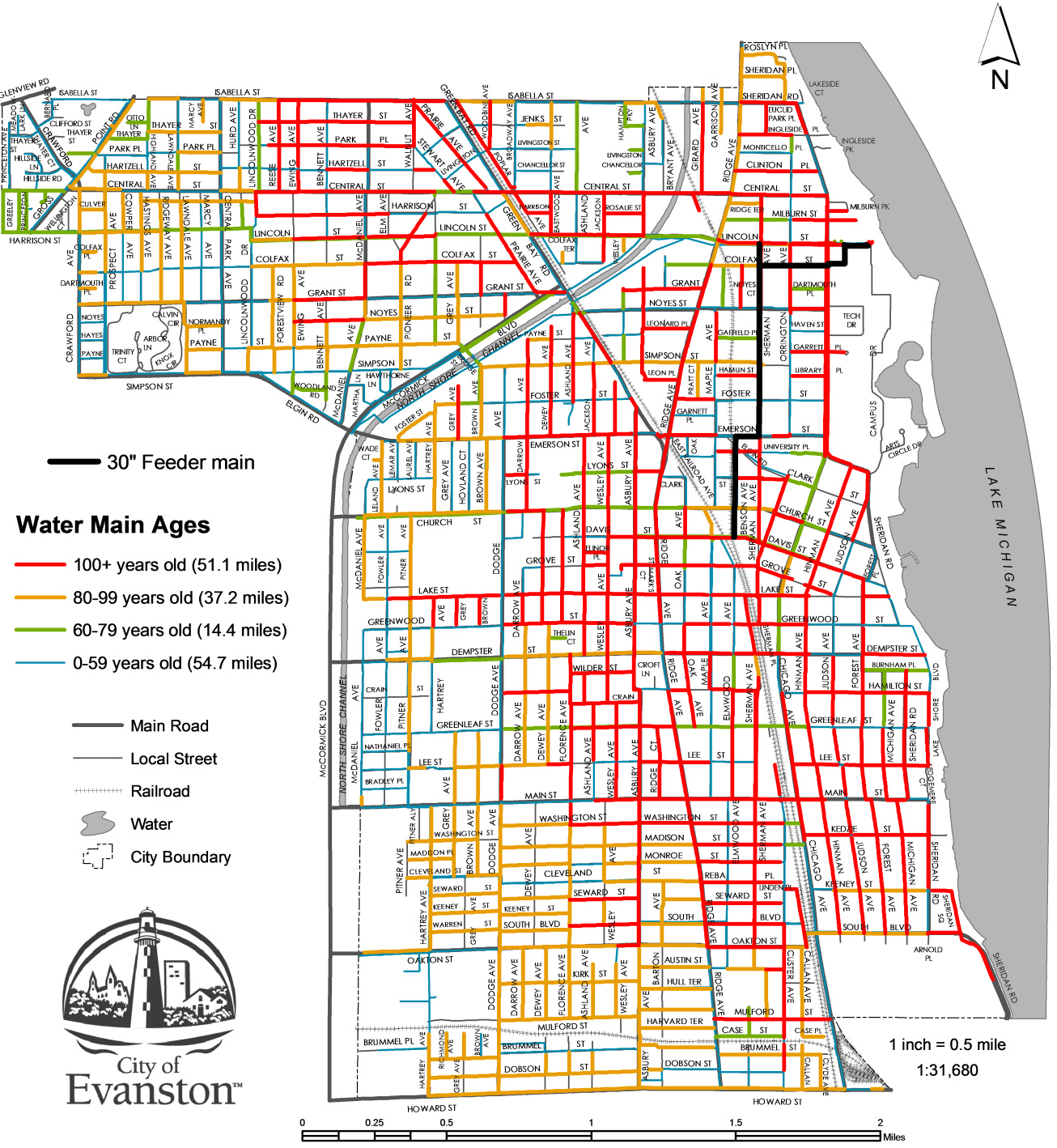 How old are the water pipes serving your home? Check the map to see.

Roughly a third of them are already over 100 years old — the typical expected lifetime for water mains.

The city has been spending enough each year to replace about one percent of its 157 miles of water mains each year, Stoneback says, but at that pace some of the existing ones will be 130 to 150 years old before the city can get around to them.

Stoneback says the city is spending about as much proportionately as other nearby suburbs on water main replacement — but that it has a lot more old mains than most of those communities.