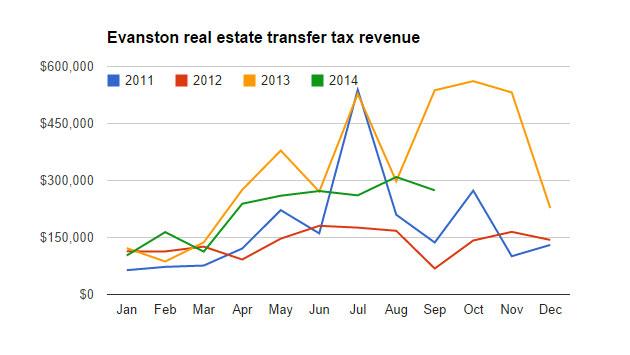 Despite the sale of a big shopping center, property sales in Evanston dropped in September and sales for the year are now 24 percent below last year's pace.

For the year so far revenue totals $1,99 million, compared to $3.2 million at the same point last year. The city budgeted for $2.875 million in property transfer revenue this year.

The biggest transaction last month was the $16 million sale of the Evanston Plaza shopping center at Dempster Street and Dodge Avenue to Valli Produce.

In other transactions topping the $1 million mark: