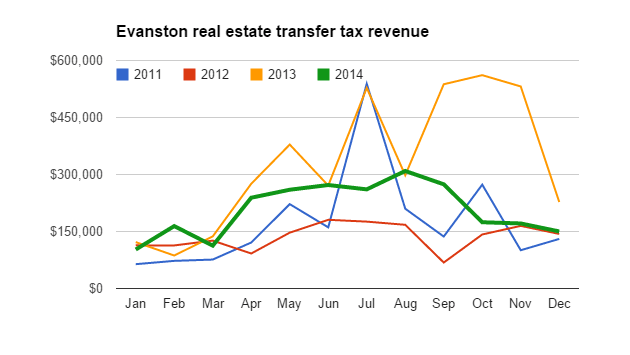 The number of properties sold in Evanston last year fell by six percent from the year before.

Real Estate Transfer Tax data from the city indicates 523 properties changed hands in taxable transactions in 2014, compared to 558 in 2013.

The revenue raised for the city by the 0.5 percent tax on property transfers fell 37 percent, from $3.95 million to $2.49 million — mainly the result of a relative dearth of high-value commercial transactions.

The revenue raised fell about 13 percent short of the $2.875 million budget set for the tax in the city's 2014 budget.

The biggest commercial transaction in December was the sale of a two-story downtown building with retail storefronts at 1728-30 Sherman Ave. for $2.6 million.