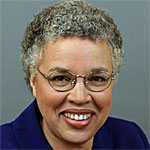 “Each year, Cook County taxing bodies struggle to make ends meet,” Berrios said in a statement. “The legislation I’ve proposed will not only deter people from claiming false exemptions, but help recover the money they’ve unfairly received. When someone cheats, someone else picks up the tab.”

Tax cheaters typically claim that a home is their primary residence when they live somewhere else most of the year. Or, they claim an exemption for a rental property, Berrios said.

“Residents have to bear the financial burden when their neighbors wrongfully take property tax exemptions, so this legislation is about leveling the playing field,” Preckwinkle said.  “HB4148 promotes fairness in our tax system and will help mitigate difficult budget decisions in the months and years to come.”

The erroneous exemption bill, which passed the House in March, gives assessors throughout Illinois the means to recoup funds from those who have improperly received homeowner, long-time, senior citizen, senior freeze, disabled persons’ or disabled veterans’ exemptions.

It is estimated that $154 million would be recovered in Cook County within the first three years after the bill is signed into law. That money, which does not include penalties or interest, would be distributed to the local taxing bodies.

Berrios proposed the legislation after taking office when his administration noticed the high volume of e-mails and anonymous phone calls complaining about people improperly receiving homeowner or senior exemptions. In 95 percent of those cases, the claims were proven to be true.

“We receive over 1,000 anonymous allegations a year,” Berrios said. “But we’ve never had a law with any teeth to go after the cheaters.”

By law, a person is allowed one homeowner exemption, and it must be on the person’s primary residence.

In one case, a man living in the northern suburbs had been receiving multiple homeowner exemptions on property he owns. He has saved nearly $90,000 over the course of eight years through cheating the system, Berrios said.

“Without this law, we can’t go after him for any of that money,” Berrios said.

In another instance, a Chicago woman was receiving four homeowner exemptions on various condominiums she owned. A $40,000 check for the money she owed arrived at the Assessor’s office last fall after her case was anonymously reported and she voluntarily made repayment. That money was sent to the Treasurer’s office, Berrios said.

HB4148 provides for the collection and distribution of unpaid property taxes, penalties and interest:

The bill includes a provision for clerical errors by an assessor’s office which nullifies interest and penalty charges for homeowner exemptions received in error. Those who receive a notice from the assessor’s office that they are fraudulently getting an exemption will have the option to appeal the finding within 30 days.

The bill would let county assessors place tax liens on the homes of those taxpayers who have received undue property tax exemptions.

The penalties would range up to 40 percent of the unpaid taxes due plus 15 percent per year interest, depending on the number of false exemptions and the number of years they'd been received.