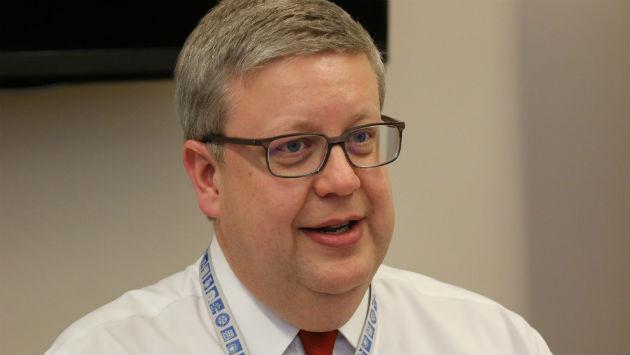 Adding to the gap are reductions in expected sales tax and income tax revenue largely caused by changes imposed by the state legislature as part of the new state budget.

It would also impose a new tax on vacation rentals like AirBnB that’s expected to raise $90,000 a year. City staff is not recommending taxing bed and breakfast establishments, estimating that tax would raise only about $10,000.

The plan also calls for raising property taxes by 1.1 percent to generate an additional $421,000 for police and fire pension payments

The budget calls for a 3 percent pay hike for city employees, which will add about $2.4 million to the city’s expenses, but it anticipates a $315,000 reduction in health insurance costs because of changes in health coverage negotiated with city unions. 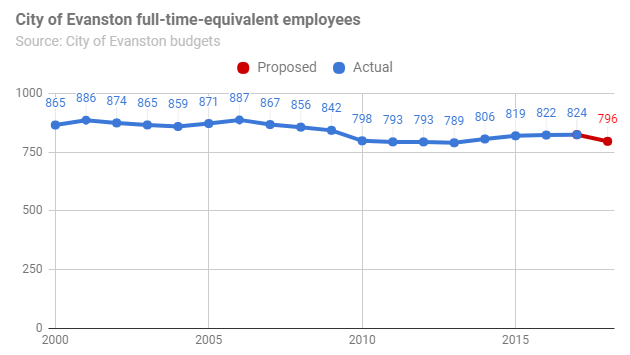 As part of the staffing cuts the city manager plans to move the Economic Development Division from the manager’s office to the Community Development Department, transfer the Police Department’s Social Services Bureau to the Health Department, consolidate two bureau chief jobs in the Public Works Agency into one and do the same with two recreation center manager jobs in the Parks Department.

Net of interfund transfers, the budget calls for spending a total of $280.5 million in 2018, an increase of $33.4 million from this year. The biggest increases are for capital projects — $16.1 million for the water fund, $9.6 million for the Robert Crown Center and $6.3 million for the library. General fund spending will remain essentially unchanged.

The City Council is scheduled to begin its review of the budget on Monday, Oct. 16.