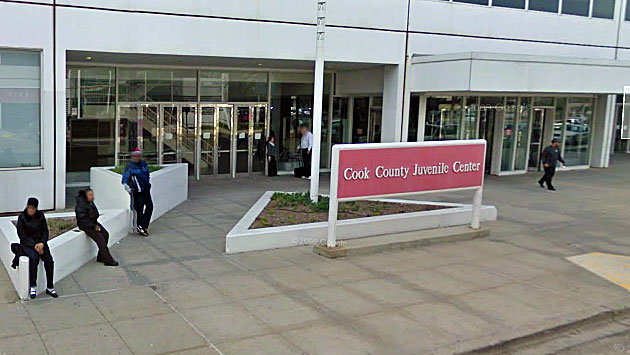 It was a study everyone thought couldn’t be done — tracking, locating and interviewing nearly 2,000 youths up to five years after they were released from juvenile detention in Chicago to assess their mental health.

It was a study everyone thought couldn’t be done — tracking, locating and interviewing nearly 2,000 youths up to five years after they were released from juvenile detention in Chicago to assess their mental health.

But a team of intrepid Northwestern Medicine researchers found the young men and women and traveled anywhere necessary to interview them. Many were interviewed after they returned home. Others, however, were interviewed in less conventional locations — a dancer on a break from her job in a nightclub, a woman in her boyfriend’s garbage truck or men and women in correctional facilities.

One of the key findings: Five years after detention, more than 45 percent of males and nearly 30 percent of females had one or more psychiatric disorders.

“Although prevalence rates dropped over time, some disorders were three times more prevalent than in the general population,” said Linda A. Teplin, the Owen L. Coon Professor of Psychiatry and Behavioral Sciences at Northwestern University Feinberg School of Medicine and lead author of a paper on the study published Oct. 1 in the Archives of General Psychiatry.

“Our study addresses a critical hole in the research,” Teplin said.

The Northwestern Juvenile Project studied 1,829 people (1,172 males and 657 females) ages 10 to 18 years when they were first interviewed at the Cook County Juvenile Temporary Detention Center in Chicago. Participants were re-interviewed as many as four times and up to five years later.

Substance use disorders (alcohol and illicit drugs) are the most prevalent and persistent psychiatric disorder. And males are two to three times more likely to have drug or alcohol use disorders than females.

“These findings demonstrate the need for special programs — especially for substance use disorders — not only while these kids are in corrections but also when they return to the community,” Teplin said.

“People think these kids are locked up forever, but the average stay is only two weeks,” Teplin noted. “Obviously, it’s better to provide community services than to build correctional facilities. Otherwise, the lack of services perpetuates the revolving door between the community and corrections.”

Substance use disorder is more common in non-Hispanic whites and Hispanics than African-Americans, the study found. The findings add to the growing debate about how the “war on drugs” has affected the disproportionate incarceration of African-Americans, Teplin said.

“Non-Hispanic whites had the highest rates of substance use disorders and dependence, followed by Hispanics, then African-Americans with the lowest rates,” Teplin said. “This is exactly the opposite of the patterns of incarceration.” In 2010, African-American males were incarcerated at seven times and Hispanic males at nearly three times the rate of whites, she pointed out.

The study also showed substance use disorders drop more dramatically for girls than boys as they age.

Many of the youths in detention “aren’t bad kids, they’re just poor and may not receive needed services,” Teplin stressed. “Wealthier parents may be able to afford drug treatment for their kids. But poor kids may instead end up in the juvenile justice system. It’s often socioeconomic disadvantage that lands these kids in detention.”