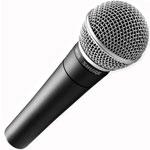 Evanston aldermen adopted a rules change this week that will limit speakers during public comment at City Council meetings to one turn at the mike.

The decision is a response to an unintended consequence of another recent change — in which aldermen had opted to create separate signup sheets for speakers on agenda and non-agenda items and hear the comments on agenda items first.

In adopting that rule, aldermen had rejected a companion idea to move the non-agenda comments to the end of council meetings.

But several frequent speakers at council meetings with thoughts on a wide array of subjects seized on the change to give themselves twice as much speaking time as people who turned out to only discuss a single issue.

The new procedure will let people address as many subjects as they want — but will require them to do it in one turn at the mike.

The council allocates up to three minutes per speaker with an overall cap of 45 minutes on the length of public comment at each meeting.

Some council speakers may end up on the late show