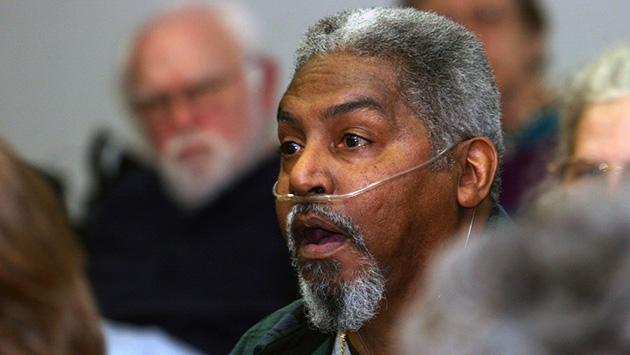 State workers and retirees crowded a meeting room at the Civic Center Thursday evening to object to plans to trim their pensions to deal with the state's budget crisis.

Herbert Bashir, an Evanston resident and a retired Department of Children and Family Serivces case worker, told State Sen. Daniel Biss and State. Rep. Robyn Gabel of Evanston that workers "are made to feel like retirees are responsible for the problem."

Biss responded that of the 13 million people in Illinois, "only a few hundred of us" — the state's legislators — caused the problem.

"But the problems that are the fault of the legislature cannot be solved without having tremendous amounts of pain across the rest of society," Biss added.

Bashir, and other workers at the meeting suggested raising more taxes.

"Business loopholes — some don't pay any taxes," Bashier said. "Look at those instead of us." 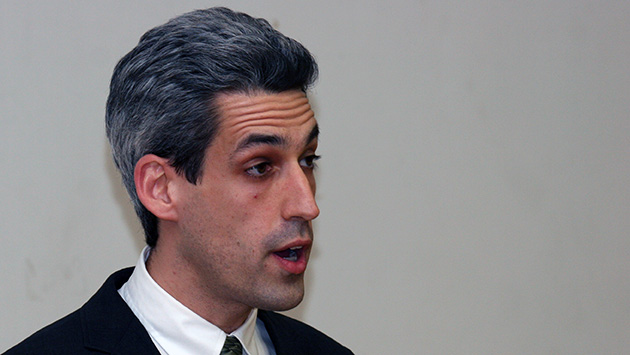 Biss said the legislature is looking to businesses to pay more — that the governor's new budget proposes raising an additional $500 million by closing corporate tax loopholes.

Others urged adoption of a graduated income tax to raise more revenue — something that would require a constitutional amendment — while arguing that the state constitution bars lawmakers from reducing pensions.

At the town-hall meeting, which drew abou 100 people to the Parasol Room of the Civic Center, Gabel said that whatever else it may do, the legislature can no longer escape making some reductions in pensions for state workers and public school teachers.

"For a long time I really did not want to make any changes to the pension program," Gabel said, "but over this last year I've come to the realization" that the state's budget problem "is too difficult to leave pensions off the table completely." 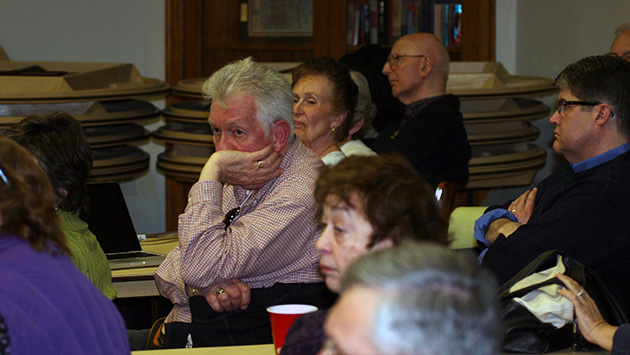 Audience members not happy with prospects for their pensions.

Both said they favored a graduated income tax, but believe the pension issue has to be addressed first.

If not, they suggested, the legislature would have no credibility with voters who have been hit with an income tax rate hike from 3 to 5 percent.

That increase added $7 billion in new revenue to the state's budget — but still left the state unable to pay its bills and faced — after two rounds of across-the-board cuts to discretionary spending programs — with having to make still more cuts in its $35 billion budget this year. 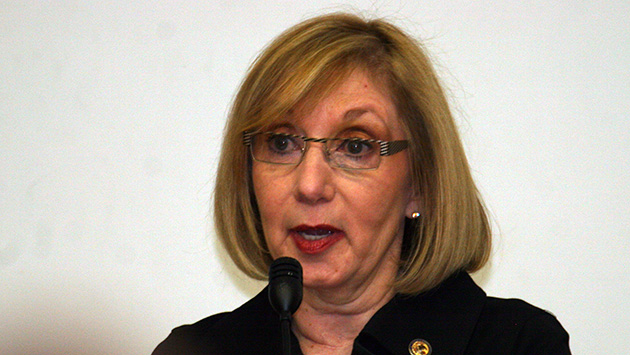 Biss said he has had frequent discussions with leaders of public employee unions. "I enjoy those discussions and find them useful and productive," he said.

But he said the negotiations between top union leaders and top legislsative leaders "have become adversarial and toxic."

And that, in part, is why he doesn't believe combining a big package of pension reforms and revenue increases in one bill will work. "That would just make it harder to get anything done," he said.

The legislature returns to work in Springfield soon, with about eight weeks left in the session to come up with a pension solutions that can win support in both houses.