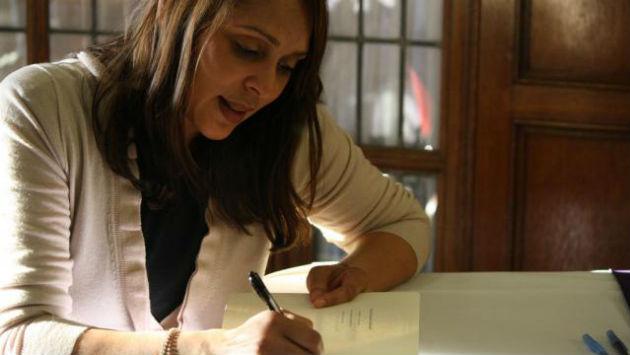 Natasha Trethewey, one of the poetry world’s most acclaimed stars, will join Northwestern University’s department of English at the start of the 2017-2018 academic year.

The Mississippi native holds a prominent spot among the nation’s foremost contemporary poets, having captured the 2007 Pulitzer Prize for Poetry for “Native Guard,” one of her four published poetry collections, before serving two terms as the 19th Poet Laureate of the United States, from 2012 to 2014.

“We are delighted Natasha Trethewey is joining our faculty,” Weinberg College of Arts and Sciences Dean Adrian Randolph said. “Her internationally recognized poetry will enhance the emphasis Northwestern puts on the arts and writing, across all disciplines, and on African-American literature.

“Her distinctive voice strikes thoughtfully provocative notes, and we are grateful that Northwestern will benefit from her extraordinary achievements.”

After spending the last 15 years at Emory University in Atlanta, most recently as the Robert W. Woodruff Professor of English and Creative Writing, Trethewey said she is eager for new challenges at this stage in her career.

“It seems to me that, at Northwestern, the opportunities for meaningful, exciting and important new work in teaching and research are boundless,” Trethewey said.

The poet said numerous factors pulled her to Northwestern. She noted the University’s Poetry and Poetics Colloquium, designed to showcase the wide-ranging aesthetics and rich diversity of contemporary American poetry; the ongoing integration of the arts across the campus; the Northwestern University Press, publisher of many of the most interesting and necessary poets writing today; and the opportunity to work in conversation with colleagues across disciplines, particularly the department of African American studies.

“I am also drawn to the commitment to undergraduate teaching in the department of English and the creative writing program combined with the future M.F.A./M.A. program which promises, upon its launch, to be one of the preeminent graduate writing and literature programs in the country,” Trethewey said.

“Her profound achievements in poetry make her one of the most distinguished of living American poets,” Shannon said. “Her work deeply engages questions of race and memory, revealing an astute thinker and a critical observer of the ways that history, both individual and collective, shapes the dilemmas of the present moment — and what literary creativity might do to move us forward from there.”

As Poet Laureate of the United States, Trethewey’s name ranks among some of the nation’s most revered poets, including Mark Strand, Rita Dove, Billy Collins and W.S. Merwin. Her work has appeared in several volumes of “Best American Poetry” and in leading journals such as the American Poetry Review and Ploughshares.