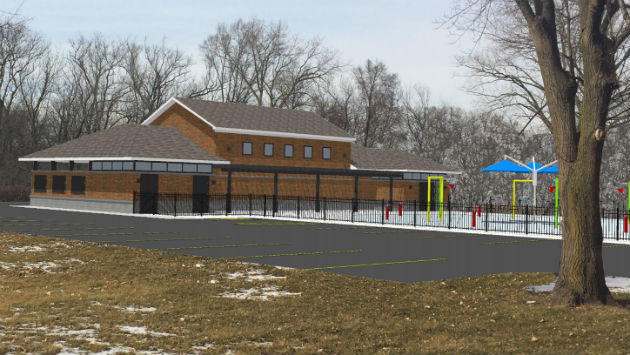 An Evanston city staff committee approved construction plans for a pumping station for the Morton Grove Niles Water Commission at 2525 Church St. this afternoon, and city officials offered residents a tour of a pump station in northwest Evanston in an effort to quell fears about the new project.

Several residents who attended the Design and Project Review Committee meeting claimed the city hadn’t provide proper notice of the pumping station project — which was approved by the City Council Feb. 12 — and voiced fears that noise and other issues would harm their property values. 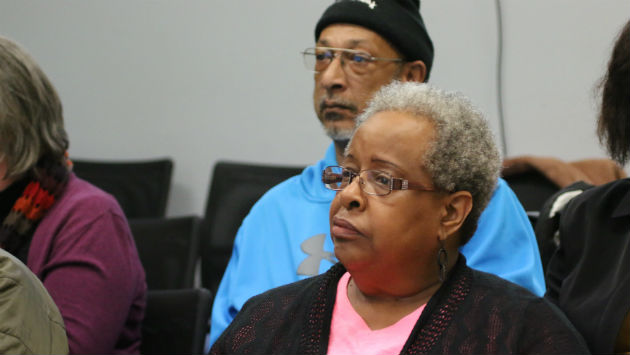 Unhappy neighbors at the DAPR meeting.

They also objected to plans to eventually add a splash park and other recreation facilities at the pump station site — saying it would disturb the quiet of their block and might lead to drug use and other anti-social activity. 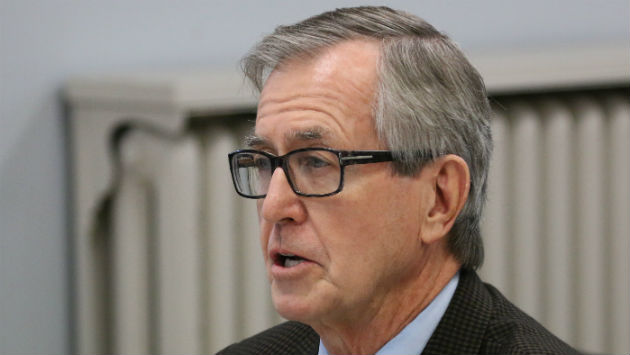 Bill Balling, superintendent of the water commission, said plans for the pump station had been dramatically revised after a public neighborhood meeting last month — at which he said residents had urged that the original, rather utilitarian, design proposed for the station be revised to make it look more like a park field house.

Balling said the new look is “much more expensive” than what the commission would have built, but for the input from the community and city officials.

That led one resident who had attended the original meeting, Betty Ester, to suggest reverting to the original design. “It’s not a fieldhouse,” Ester said. “You should go back to what it was, as a concrete block building.”

Glenn Mackey of 1711 McDaniel Ave., said he had worked at O’Hare Airport and knew that people’s health could be hurt by noise — “even by things you can’t hear.”

But Public Works Director Dave Stoneback said he’d worked at the Evanston water plant for 30 years. “It has way larger pumps and motors and generators” than what will be in the new pumping station, Stoneback said. “I’m not aware of any ill effects sustained by anybody in the water industry by being next to the electric motors and water pumps.”

Stoneback also said it was highly unlikely that the new pump station would be expanded in the future, because the city’s water system is nearing capacity with the addition of service to Morton Grove and Niles.

Assistant City Manager Erika Storlie said that while the committee was approving the pump station plans today, there would be plenty of time for public meetings to discuss the proposed splash park and other amenities, since they aren’t funded in this year’s city budget.

She also invited residents at the meeting to take a tour of the city’s pumping station at 2520 Gross Point Road in northwest Evanston. The tour will take place on Thursday, March 8, at 5:30 p.m. Entrance to the pump station is through the Alden Estates parking lot.

Balling said the water commission hopes to start demolition of the Shore School building on the site in April. It’s expected to wrap up financing for the overall water system project this week.