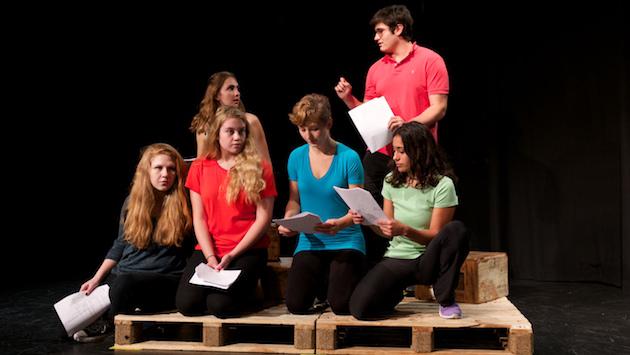 Through community engagement, Piven’s productions of “Dead Man Walking” by Tim Robbins and “The Quality of Mercy” by the Young People’s Company will open up discussions on the death penalty, police justice, and more.

“In light of the social climate, of Black Lives Matter, of what has been happening with the death penalty in this country…to have both young artists and the professional company engaging with these ideas with the larger community is a beautiful challenge and educational opportunity,” said Mikalina Rabinsky, director of both “Dead Man Walking” and the Young People’s Company.

The theme of Piven's season, “The Quality of Mercy,” is the adopted title for the Young People’s Company production interfacing with topics of social justice. “One of the stories we are doing is only two sentences,” explained Rabinsky. “A woman is missing a ladder from her home, and she sees a boy and thinks he stole it; he looks like a thief to her. Then she finds the ladder, and he looks like a little boy again. So, we explore what are the preconceived notions we have of others? How do we see our children? How do we see someone’s heart?”

These stories, mostly adapted folk tales, all explore social justice in terms of how we can settle on a “happy ending” when there’s so much wrong in the world of the story. In a similar way, Piven’s production of “Dead Man Walking,” an adaptation of the popular book about a religious woman’s advocacy for a man sentenced to death row, asks the Evanston community what our commitment to compassion is. 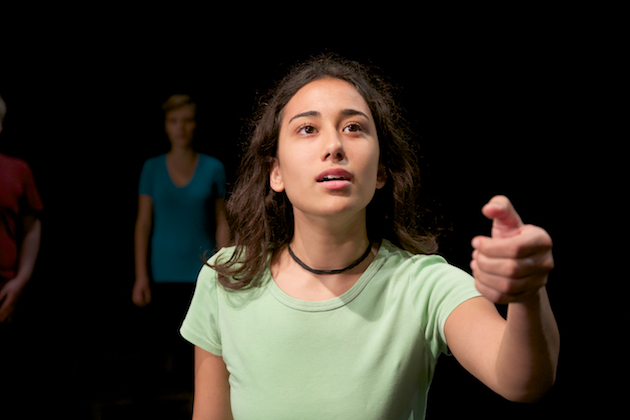 Still from "The Quality of Mercy" by the Piven Young People's Company.

Starting in January, Piven will begin community programming in association with these productions. “We are working with the Chicago Innocence Center, Evanston Township High School, Literature for All of Us, and others," said Rabinsky. "The conversation, the electricity in the room is…look at all these organizations that we’re partnering with!”

Piven is also allowing its youth and professional companies to contribute to the feedback loop by cross-casting. “I’ve been the director, and I grew up at Piven,” said Rabinsky. “I’ve been there since the 90’s. I feel really privileged to get to work on both of these shows this season. Several of the kids from our community are auditioning for ‘Dead Man Walking,’ so this is a thing that gives them the opportunity to be in a professional production.”

“The short plays in “The Quality of Mercy” are definitely artist-created works, by the students, developed in partnership with our young artists,” said Rabinsky. “The Young People’s company is a cornerstone of our work.”

In addition to the theme of Evanston-specific outreach, Piven works on the Southwest Side of Chicago with Off the Street Club. This sort of outreach has been a part of Piven's mission for years, but this year's theme brings it into sharper relief.

“Another thing that has been percolating for a long time is a relationship with Tim Robbins’ Actors Gang,” said Rabinsky. “We were excited to see his work in L.A., so this fall I wanted to see the work they’re doing in relationship to this play, with their prison project. It inspired several of us. Two of our faculty members are actively trying to make a program like that happen here.”

“That ties into the social justice; how do we have the conversation, and see these places where theatre can be a balm to the psyche. Not that it’s therapy, but that arts engagement can be a place where it is activist. It’s been sparked by this year of engagement.”

The Young People’s Company production of “The Quality of Mercy” opens December 16th. For more information, or to purchase tickets, call 847-866-8049 for the box office, or visit www.piventheatre.org.