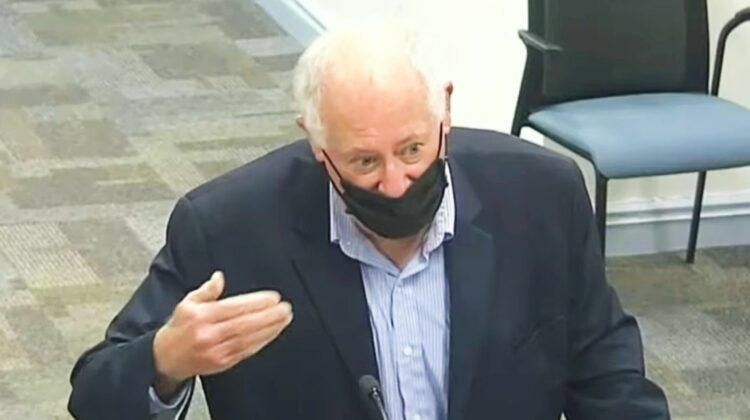 Former Illinois Gov. Pat Quinn was back in Evanston’s Civic Center Monday evening, pushing the idea of creating a ballot initiative process for the city.

Undeterred by the rejection of a 2019 version of the plan by the courts, Quinn noted that local ballot initiative options exist in several other states and in many towns that house major universities.

The only community in Illinois with such a system is Arlington Heights, where the initiative process to adopt an ordinance has never been used in the 40 years since it was established.

Ald. Devon Reid (8th), the new chair of the Rules Committee, said a new effort to bring the ballot initiative process to Evanston would follow the model in Arlington Heights — where the village board passed an ordinance to establish the initiative process, conditioned on voter approval of the concept in a later referendum.

The 2019 petition drive had sought to avoid the need to get City Council support first.

Ald. Jonathan Nieuwsma (4th) said he didn’t think the voter initiative process would make the City Council more accountable. Instead, he said, “it would absolve the Council of accountability by allowing it to be bypassed.”

Ald. Eleanor Revelle (7th) said she grew up in California, where voter initiatives are widely used. “Based on that experience, my feeling is that it’s very difficult if not impossible to draft a referendum text that covers an issue in enough detail to allow the average voter to make an informed decision.”

Ald. Peter Braithwaite (2nd) said the voter initiative “is a solution looking for a problem.”

“We’re a very engaged community,” he added, and the initiative process “would create a lot of confusion and backlog in the way we do business for the city.”

But Reid said, “This isn’t just about holding the Council accountable. It’s about enfranchising voters, so that if they feel this body isn’t responsive, they can go out and petition to get an ordinance before this body for a vote.”

The ballot initiative proposal was on the Rules Committee agenda as a discussion item based on a referral by Reid, so no vote was taken. It was unclear whether it will return to the committee as an action item at a future meeting.