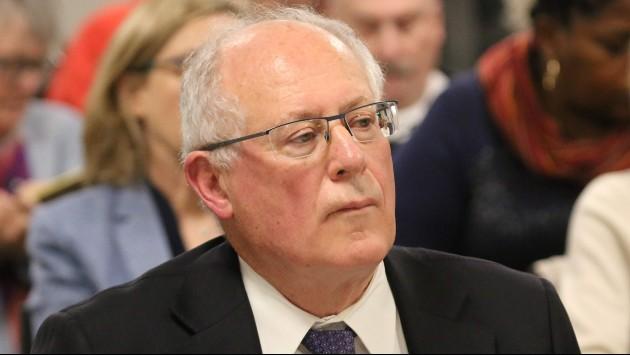 Former Illinois Gov. Pat Quinn sought Thursday evening to have an objection filed against the Evanston Voter Initiative referendum dismissed, claiming the objectors failed to state their interest in the issue.

The Evanston Electoral Board voted to give the objectors, former Alderman Jane Grover, local developer Kent Swanson and League of Women Voters Treasurer Betty Hayford, until Saturday to file a written response to Quinn’s motion. The board scheduled a continuation of the hearing on the objection for 6 p.m. Wednesday.

Quinn, who personally collected 664 signatures for the petition drive, was appearing at the hearing as the attorney for referendum petition drive organizer Allie Harned.

His motion said a state election code provision requiring that an objection “state the interest of the objector” is mandatory and that the objectors failed to specify one.

Grover responded that the objectors’ interest was as “Evanston residents and registered voters” as stated in their objection.

Dan Bolin, an attorney with Ancel Glink, a Chicago law firm with a specialization in election law, was appointed special counsel to the Electoral Board for the hearing.

Update 1/10/20: Other League of Women Voters officers note that the organization has not taken a position on the referendum or the objection to it.