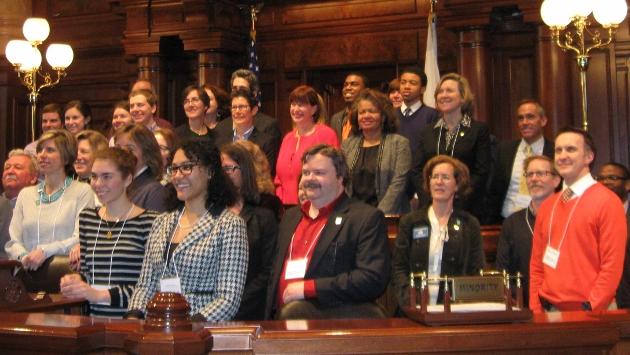 Those Evanstonians who spent the day traveling to Springfield yesterday may have returned with a $28 million pot of cash to help replace Evanston’s aging water reservoir.

While upwards of 50 persons pressed the flesh and listened to presentations about the state’s precarious financial situation, Mayor Liz Tisdahl slipped away for a meeting with Illinois Gov. Pat Quinn.

Near the end of the day, she reported to the group that the governor asked her what he could do for Evanston.

“Well, we need about $28 million to replace our water reservoir,” she reported.

At that point, Tisdahl said, “the governor dove for his pen and said the state can probably help us with that.” 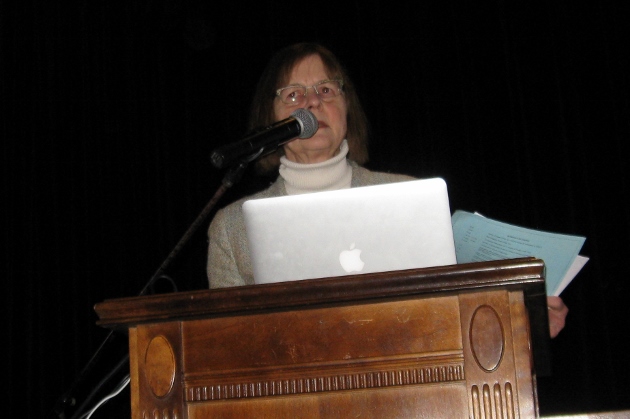 City Manager Wally Bobkiewicz explained later that the federal government doles out grants and loans for water quality projects to the various states, which then determine where those funds can best be employed.

If the state fails to pass along those funds, he said, they are in danger of losing them, “so we probably did the governor a favor,” he said with a grin.

The mayor recalled a similar incident on Evanston Day in Springfield two years ago, when the governor recommended to her that Evanston apply for a “gigabyte grant.”

The mayor said she wasn’t sure at the time what a gigabyte was, but she kept repeating to herself, “gigabyte, gigabyte,” and when she returned to Evanston, she met with Northwestern University President Morton Schapiro and together they crafted a partnership between the city and the university that successfully won a $1 million grant to provide the service using fiber optic cable connections to the internet that the university already had.

When the bus that left Ryan Field shortly after 7 a.m. arrived in Springfield, it let the group off at the Governors Mansion, where they were treated to lunch, courtesy of Northwestern University.

Then it was off to the Capitol building, where the group hunkered down in Room 213, which is the spacious office of Secretary of State Jesse White, who happened to be out of town, and a steady stream of legislators and state officials came to shed light on issues facing the state and to answer questions. 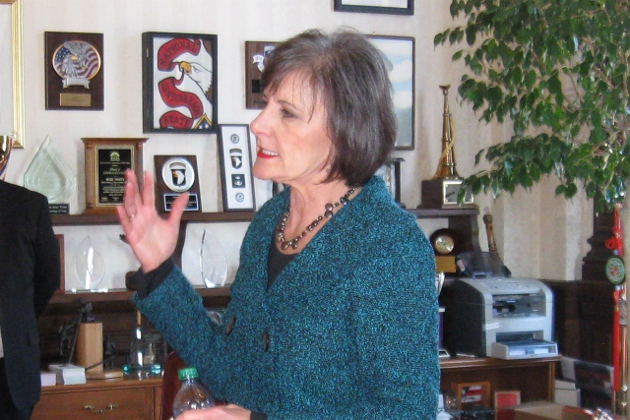 Former state senator Julie Hamos, who is now director of the Illinois Department of Health and Family Services, talks to the group in Room 213.

As always, a large contingent of school officials were among the attendees, including Evanston Township High School District 202 President Gretchen Livingston and Superintendent Eric Witherspoon and from Evanston/Skokie District 65 Interim Superintendent and Chief Financial Officer Mary Brown and board members Claudia Garrison and Constance Chow.

As in past years, they expressed concern about the state shifting responsibility for teacher pension contributions from the state to the local school districts. 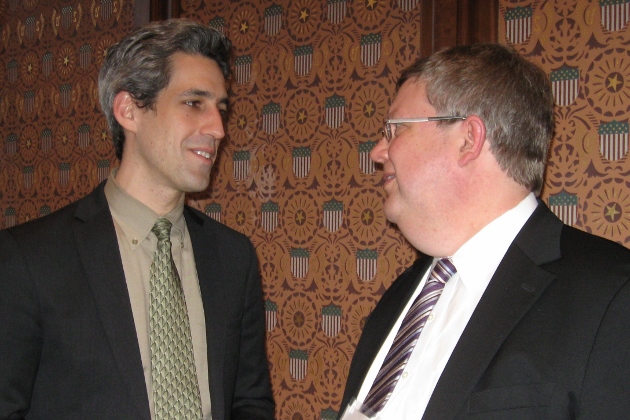 And as in past years, Evanston’s Sen. Daniel Biss has noted that while the local districts reach pacts with their teachers on salary and other benefit issues, the state has been absorbing the employer’s share of the pension contributions.

Logically, he said, this payment should rest with the districts that determine the compensation, but he said it is his contention that any shift should be made gradually and should be coupled with other ways that the districts can obtain the needed revenues to make up the difference.

After a long day at the Capitol, the group boarded their bus and consumed a box lunch from Jimmy John’s Sandwiches, as they made their way back to Ryan Field, arriving on schedule at about 8:45 p.m.

Top photo: The group pauses for a photo op in the chambers of the Illinois Senate.