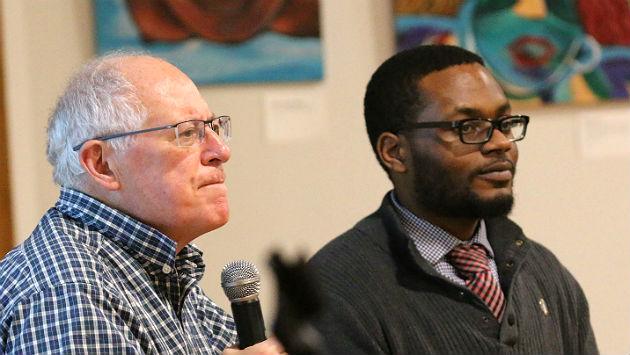 Speaking at a forum organized by City Clerk Devon Reid, Quinn outlined a process by which petitioners who gathered 2,800 signatures — eight percent of the number of voters who cast ballots in the last gubernatorial election — could place a referendum on the ballot to adopt the initiative plan.

About two dozen people, several of them veterans of the recent advisory referendum petition drive on the Harley Clarke mansion, turned out for the session in the Parasol Room at the Civic Center.

Reid distributed sample language for the voter initiative petition, which outlined the following process by which voters could subsequently put proposed ordinances on the ballot:

It was not clear from the description what would happen if the City Council adopted an amended version of the ordinance before the referendum, or if the Council were to amend or repeal the ordinance after the 30-day-post-election review period.

Quinn, who served as governor from 2009 to 2015, currently is involved in a petition drive to impose term limits on the mayor of Chicago. He says a hearing on that effort is scheduled for a week from today.