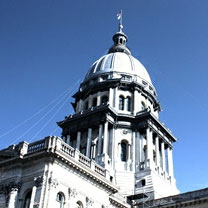 SPRINGFIELD — Although the Supreme Court has barred the federal government from punishing states for failing to expand Medicaid coverage, Illinois Gov. Pat Quinn says he plans to carry out the full Affordable Care Act including expanding Medicaid rolls.

SPRINGFIELD — Although the Supreme Court has barred the federal government from punishing states for failing to expand Medicaid coverage, Illinois Gov. Pat Quinn says he plans to carry out the full Affordable Care Act including expanding Medicaid rolls.

The court said the federal government can’t take away Medicaid money states already are getting if they refuse to expand Medicaid programs, which the original law allowed.

But the court ruled the federal government can withhold money meant to help expand Medicaid under the Patient Protection and Affordable Care Act if states decide against expanding their programs under the national law.

“The state of Illinois is going forward with the president of our country, President Barack Obama, to expand using Medicaid (to) those that would be covered under the Affordable Care Act,” Quinn said. “That is the law. We’re not backing down.”

Quinn said that the federal assistance provided for the expansion would prevent the state’s Medicaid system from becoming too costly.

But Illinois Treasurer Judy Baar Topinka predicts Illinois will have to find $2.4 billion over the next six years if it elects to allow into Medicaid anyone who makes less than 133 percent the federal poverty level, as outlined in the act.

“Illinois is a textbook example of what can happen if financial challenges are not proactively addressed,” Topinka said. “The state needs to learn from experience, and take steps today to address the increased Medicaid costs that will occur in coming months and years.”

The Illinois Legislature and Quinn worked this spring to cut $1.6 billion in Medicaid spending for the coming fiscal year, including kicking some people out of the program and ending services for others.

The cuts came amid worries of skyrocketing costs for the health-care program – overdue Medicaid bills, without any action, would have topped $21 billion by 2017.

State Sen. Dale Righter, R-Mattoon, was on the legislative working group tasked with coming up with the cuts this spring. Righter said adding people to Medicaid will ultimately burden Illinois taxpayers as federal assistance for the expansion slowly rolls back.

“Illinois is stuck with a system that has largely malfunctioned over the last 10 years. In addition to that, in just a couple of years you’ll see the addition in upwards of a couple of hundred of thousands of people added to the Medicaid roll,” he said.

State Rep. Sara Feigenholtz, D-Chicago, was also on the legislative working group tasked with coming up with the cuts this spring. She said making sure everyone has health insurance, even if that means expanding Medicaid, is a moral imperative.

“I think it’s a major victory for countless people who’ve had the doors shut in their face in the current marketplace,” Feigenholtz said. “I’ve always believed health care was a right, not a privilege.”

Illinois has about 2 million people without health insurance.

Steven Schwin, professor of law at John Marshall Law School and co-founder of Constitutional Law Prof Blog, told Chicago Public Radio on Thursday that states such as Illinois don’t have much of an option when it comes to expanding Medicaid.

“The way the court’s ruling came out and the way the Affordable Care Act works, I think it’s going to make it very difficult for states to decline that additional funding,” Schwin said.

Schwin said other aspects of the law – the individual mandate, for example – would make it difficult for states such as Illinois not to implement most of the Medicaid expansion to ensure those without health insurance could afford it.

Thursday’s ruling has also left Illinois politicians scrambling to figure out how to set up an online health insurance marketplace, essentially a website where people can compare health-insurance prices and plans.

State Rep. Frank Mautino, D-Spring Valley, has been the lead legislator working on the exchange and said earlier this week the state wouldn’t be ready to establish an exchange by the Nov. 16 deadline set by the federal government.

The state previously received $39 million from the feds to set up an exchange. It’s unclear whether the state will have to pay that money back.

Quinn toyed with creating an exchange by executive order, but Thursday said he’d like to see it done through legislation.