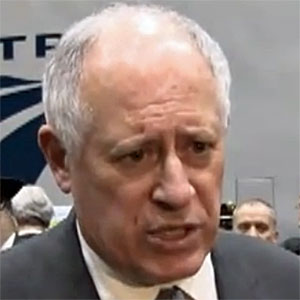 SPRINGFIELD — If at first you don’t succeed, try, try again. That appears to be the attitude Gov. Pat Quinn has taken on paying down the state’s backlog of bills.

SPRINGFIELD — If at first you don’t succeed, try, try again. That appears to be the attitude Gov. Pat Quinn has taken on paying down the state’s backlog of bills.

Quinn has floated a new way to pay off the $4.5 billion the state owes to schools, social service providers, doctors and others. Part of this plan would suspend paying local governments in the state their share of the Local Government Distributive Fund, from which localities get a cut of many state taxes.

Illinois would start sending out those LGDF checks again once it had paid off the old bills.

Delaying the payments would avoid a legislative vote on the unpopular borrowing scheme.  But lawmakers would have to give Quinn permission to suspend the local payments.

“Our goal is to pay the bills and we need the General Assembly's support to make this happen,” said Kelly Kraft, Quinn’s Office of Management and Budget spokeswoman.

Originally, Quinn had asked the Legislature to borrow $8.75 billion to pay off old bills, but that plan has been buried by criticism from both Republicans and Democrats.

“We must make our government more efficient and effective by passing a balanced budget and reforms before we constantly lean on massive amounts of borrowing in the open market,” said Sara Wojcicki, spokeswoman for House GOP Leader Tom Cross, R-Oswego.

Local communities are trying to stop the governor's plan. Illinois Municipal League Deputy Executive Director Roger Huebner said if the state suspends or delays payments, it would make things very difficult, but "we have no alternative."

Most, if not all, of the projected $33.2 billion to $34.3 billion in revenue for the upcoming fiscal year already has been allocated, or at least assigned to a general area, which leaves only borrowing for Quinn's plan.

Borrowing requires a three-fifths vote by the General Assembly, which means some Republicans would have to vote "yes."

Senate Republican Leader Christine Radogno said it isn't that her caucus is completely opposed to borrowing, but that if it is to be considered, it must be considered within a bigger picture of belt-tightening.

Earlier this spring the GOP laid out a menu of more than $6.7 billion in possible cuts, out of which they say $5 billion worth of cuts must be made.

Radogno said Quinn has taken an uncompromising approach to the budget that doesn't include any input from her party.

"I am really annoyed by this tactic of 'we're going to hold somebody hostage until the General Assembly does something,'" the Lemont Republican said. "That is not the way to solve this problem."

Senate President John Cullerton, D-Chicago, said he believes the idea of borrowing isn't bad, but said he "is not interested in adding local government to the long list of state vendors and school districts and hospitals that are already waiting payment from the state," spokeswoman Rikeesah Phelon said.

"The Senate president agrees that (local governments) have a vested interest in seeing a refinance plan. He's not arguing against that," she said.

Phelon went on to say another major reason Cullerton isn't willing to pursue the idea is because of Republicans' refusal to consider borrowing alone to pay off the old bills.

The state already is three months, or just less than $300 million, behind on paying cities. Extending that would make it more difficult for cities to operate, said Roger Huebner, deputy executive director for the Illinois Municipal League.

"Imagine if you didn't know when you were going to get your next paycheck and your employer hasn't paid you for three months," Huebner said. "I mean, we have no alternative, but the money's due the cities."

Kraft, Quinn's OBM spokeswoman, said at least LGDF payments are only three months behind, as opposed to health care providers, schools and social service providers, whose payments are six months late on average.