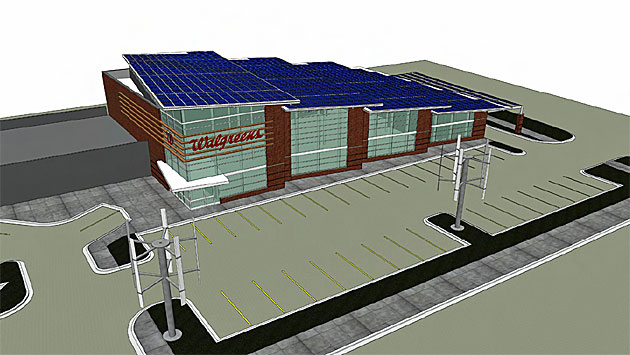 A new design for a new Walgreens on Chicago Avenue shows a building packed with "green" features.

The plan, introduced at Monday's City Council meeting, is the first of its kind for the company and replaces a much more conventional design approved this spring as a replacement for the current store at 635 Chicago Ave.

The energy-efficient prototype store features an array of solar panels on a sloping roof and two vertical wind turbines in the parking lot fronting Chicago Avenue.

Above: The new building design. Below: The previous design, as presented at a site plan committee meeting in February. 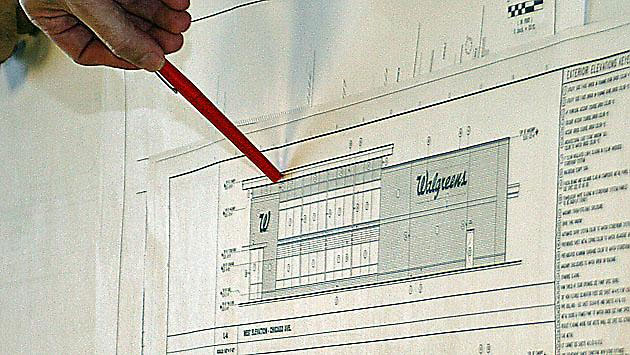 A Walgreens representative told aldermen the new design is progressive, cutting-edge architecture that would let the building generate its own energy on site, reducing the amount it consumes from the electrical grid.

The proposal, which drew praise from Alderman Melissa Wynne, whose 3rd Ward includes the site, is scheduled for a final vote on Nov. 12.