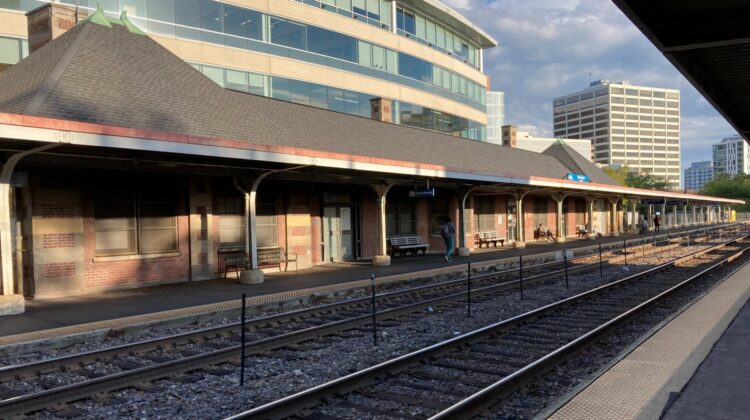 Commuters wait for a train at the Davis Street station.

Union Pacific Railroad is hoping to sell more than 40 suburban stations and associated properties in Chicagoland, including the three stops in Evanston, for potential development.

While the Metra rail system pays for the service on UP’s routes including the North line through Evanston, the Union Pacific owns the property and provides the train crews.

In an emailed statement to Evanston Now, UP spokesperson Robynn Tysver says the railroad is a freight carrier, and is looking to “streamline our operations to align with our core mission.”

That covers UP’s ongoing efforts to get out of the commuter rail business, “which includes transitioning UP-operated commuter services to Metra.”

As part of exiting commuter service, Tysver says UP, with interest from third parties, “is selling properties connected to the commuter operations along our lines, including in Evanston.”

Tysver adds, “We believe this is a great opportunity to attract investment and development into downtown areas.”

Deignan says the railroad is in the “very early stages” of this process, and “the city has made itself available to UPRR to answer questions.”