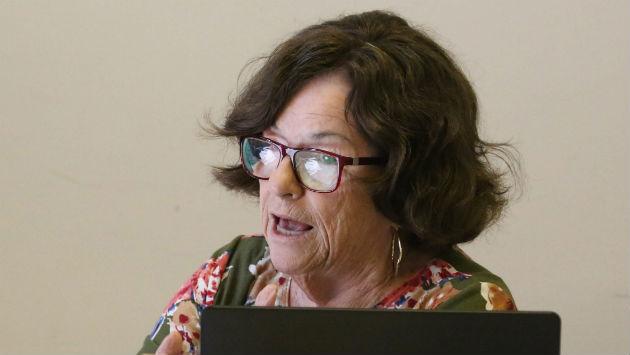 Alderman Ann Rainey, 8th Ward, proposed during a budget debate Monday night that the city should expand the scope of its amusement tax to provide more funding for local arts programs.

Rainey, who first proposed the idea of a progressive real estate transfer tax that was narrowly approved by voters earlier this month, said non-profit theater groups, now exempt from the tax, like Theo Ubique, which plans to open next month on Howard Street, should have to collect the 4 percent tax on ticket revenue.

Rainey’s proposal came after Judy Kemp, board president of the non-profit Mudlark Theater, pleaded with aldermen to restore more of the arts funding initially proposed to be cut from the city’s 2019 budget.

Kemp said she was delighted that $50,000 for cultural arts programming grants had been added back into the budget, but asked that at least a portion of the $125,000 in funds to staff the programs be restored as well.

“Arts are crucial to the quality of life in the city and bring people together for a common purpose,” Kemp said.

The amusement tax now brings in between $250,000 and $400,000 per year. That revenue is now assigned to the city’s economic development fund.

Government agencies, religious organizations, and “live performances conducted or sponsored by not-for-profit institutions, organizations, groups or societies where no part of the net earnings inure to the benefit of any private shareholder or person” are exempt from the tax.

Everything from  comedy performances to poultry shows are included in the definition of an amusement. But athletic contests, which are subject to a separate city tax, are excluded.

Bobkiewicz said he had no way to quickly estimate what expanding the tax to cover non-profits would yield in additional revenue.

Aldermen took no action on Rainey’s proposal Monday night, but it may come up again at their next budget session on Monday, Dec. 19.