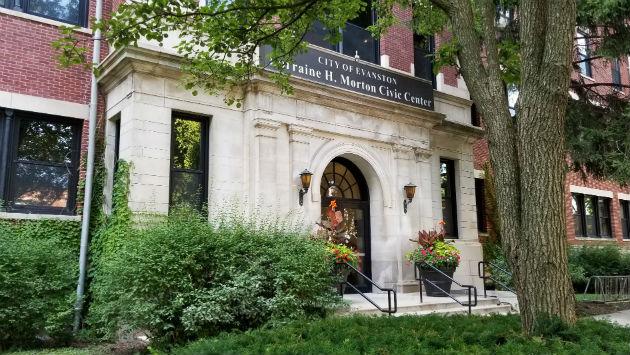 Evanston aldermen managed to just barely pass a resolution Monday night promising to do better about building up the city’s general fund reserves.

The non-binding resolution pledging to increase the so-called rainy day fund from its projected level of just under 12% of general fund expenditures at the end of this year to 16.6% by the end of 2025 was proposed by city staff as a means of assuring bond rating agencies that city leaders are serious about building up the reserves.

Rating agencies, the staff says, generally see having at least two months of reserves, or 16.6%, as a sign people buying the bonds a municipality issues will actually be repaid.

Without that confidence, the rating agencies are likely to cut their rating of city bonds, raising the cost of borrowing for the city.

But several speakers at public comment opposed the plan to build reserves, claiming it would inevitably mean higher property taxes.

Aldermen supporting the measure disputed that claim, but acknowledged that the city would either have to increase other revenues or reduce expenditures to avoid that outcome.

With only a 5-4 vote in favor of the resolution, and with the entire City Council up for election in April, it’s not clear how impressed the rating agencies will be with the Council’s promise.