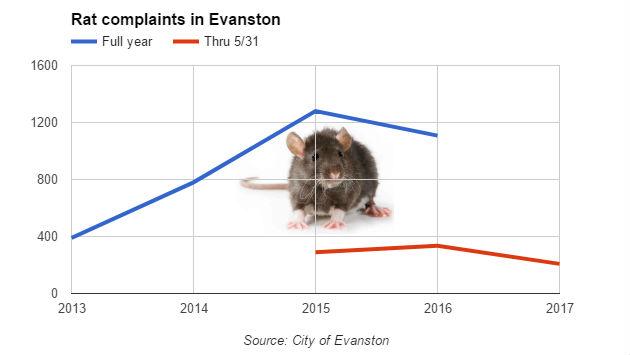 Evanston city officials say efforts to control rats in the city appear to be paying off with a decline in rodent complaints.

In a report to be presented at tonight’s Human Services Committee meeting, Ike Ogbo, interim assistant director of the Health and Human Services Department, says that requests for rodent treatment soared in recent years, from 376 in 2012 to a peak of 1,280 in 2015.

But they fell last year to 1,108. And indications for this year so far suggest another decline, with requests through May 31 at their lowest level in three years.

Ogbo says city staff is meeting regularly with Smithereen, its new private contractor handled to deal with the complaints.

And, using a heat map indicating where the most complaints have been received, city staff conducted a “rodent walk” last month of complaint hotspots and distributed more than 70 notices of violations to properties where problems were observed. 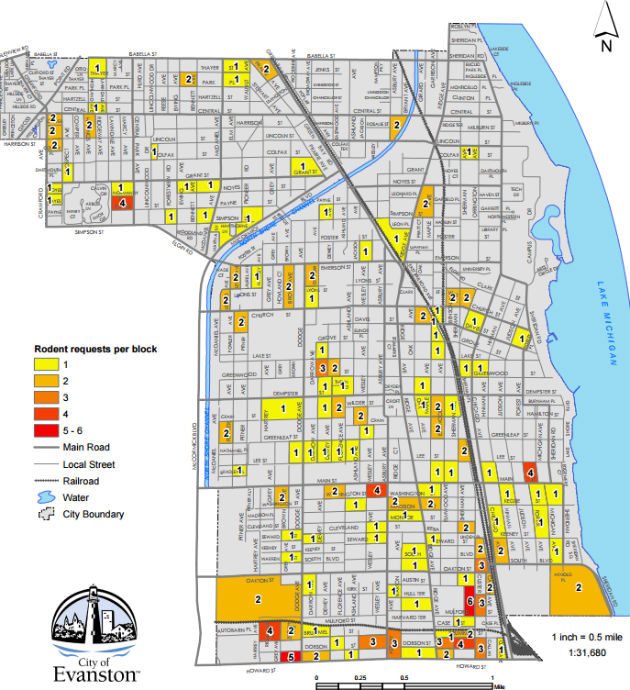 He says the city has also borrowed a strategy from Baltimore, Maryland, of placing baited snap-traps in alleys that are provided with food for two nights to attract the rats and only set to trap them on the third night. That, Igbo says, “has been successful in trapping numerous rats.”

He says the staff from Smithereen has also been trained to use the city’s 311 service to provide updates to residents about progress in responding to their complaints.

And the city staff has produced a new video this year providing tips to residents on how to keep rats away from their properties.