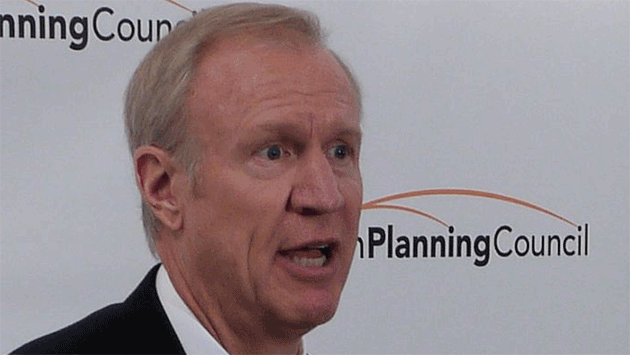 With 92 percent of precincts reporting, the AP says Rauner has 51 percent of the vote to 46 percent for Quinn. Libertarian candidate Chad Grimm drew 3 percent.

Quinn got three-quarters of the vote in Chicago and a bare majority in suburban Cook County, but trailed Rauner badly in the collar counties and downstate.

Above: Rauner campaigning in August at the Metropolitan Planning Council. Photo from Wikipedia.