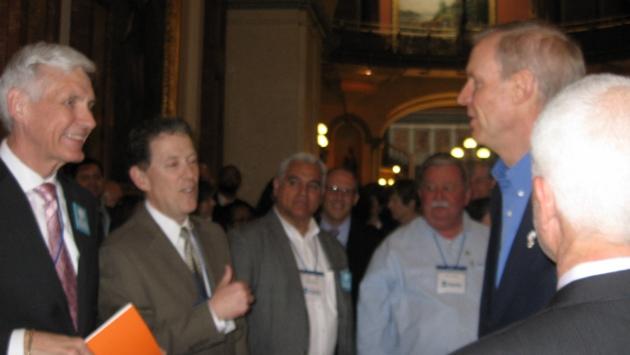 About the only positive news a delegation of Evanstonians received on their Lobby Day bus trip to Springfield Tuesday was a promise from Gov. Bruce Rauner that, no matter what budget scenario is implemented, the state’s public schools will receive increased funding.

But that was little consolation to representatives of Evanston’s two school districts, including the superintendent, chief financial officer, and three board members from each district, who were primarily concerned about a Senate bill that would reallocate the state’s share among districts.

A House committee is considering a number of amendments to the bill, local legislators told the Evanston delegation, but the ultimate impact upon the Evanston schools is still unknown. 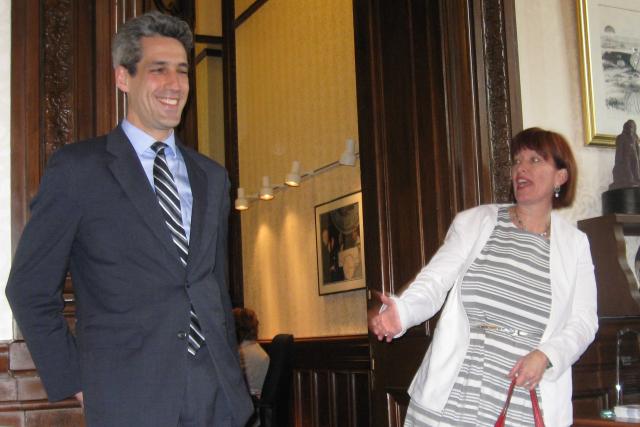 Sen. Biss and Sen. Steans make a joint appearance to the delegation.

Of greater concern, according to Sen. Daniel Biss and Sen. Heather Steans, is a letter sent recently to social service agencies that their funding is in jeopardy due to the fact that the current budget assumes revenues of some $6 billion from an income tax surcharge that expired this year and is not supported for renewal by the new governor.

Sen. Biss told the group, in a brief appearance in the office of the Secretary of State, that if the tax code of neighboring Wisconsin were adopted by Illinois, it would result in an additional $10 billion in revenues that would make a positive dent in the state’s fiscal situation.

But he told the group that he has “tremendous anxiety” about what will happen with the budget deficit over the next few weeks.

Nevertheless, Sen. Biss and his colleague, Sen. Heather Steans, were cautiously optimistic that a solution to the state’s budget crisis might be in the offing.

Sen. Biss said, for example, that he has the feeling that Gov. Rauner is sincere about solving the state’s problems.

And Sen. Steans said that the new reality of a Democrat-controlled legislature and a Republican governor requires both parties to provide support for new legislation, which she considers “healthy.”

“I’m going to remain optimistic until proved otherwise,” she said. 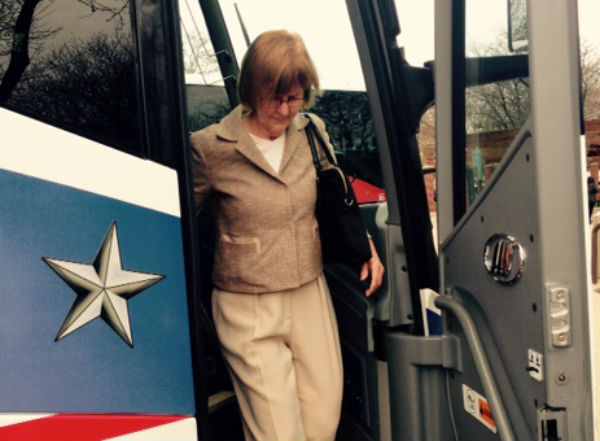 Mayor Tisdahl steps off the bus upon arrival in Springfield.

Although Mayor Tisdahl and Ald. Grover were the only City Council members present, there were a number of city department heads included in the delegation. 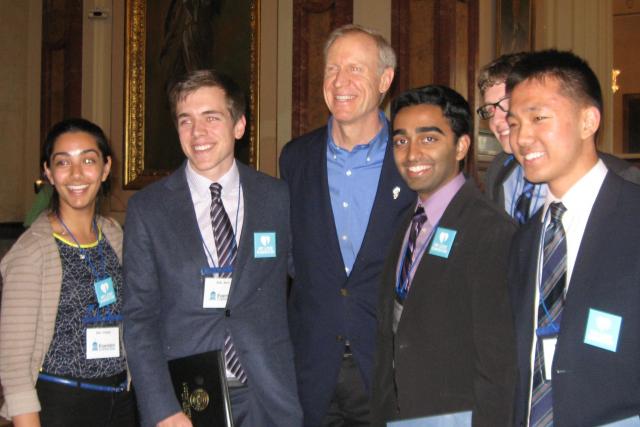 Gov. Rauner with students from Northwestern.

There was also a group of five Northwestern University students, representing the university’s student government.

The bus trip was choreographed by Ylda Capriccioso, assistant to the city manager.

Top: Gov. Rauner with superintendents Witherspoon and Goren, outside the governor's office.