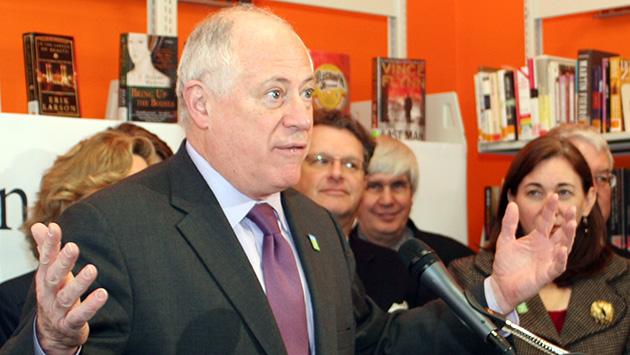 One amenity that the 835 Chicago Ave. development in Evanston won't be able to boast of at its groundbreaking later this morning is gigabit speed internet service.

In January 2013 then Gov. Pat Quinn showed up at the library branch across the street to announce a $1 million state grant to provide ultra-high-speed internet service for what city officials hoped would become an "innovation corridor" along Chicago Avenue near the Main Street intersection.

Well, after various delays in getting the project launched, new Gov. Bruce Rauner cancelled the grant earlier this year and city officials — who'd already received the money — now will have to return it.

City Manager Wally Bobkiewicz says that means the gigabit project won't be happening. He adds that so far that's the only state grant to the city that the new governor has cancelled.

The groundbreaking ceremony for the nine-story building with a mix of appartments, office and retail space is scheduled for 11 a.m.