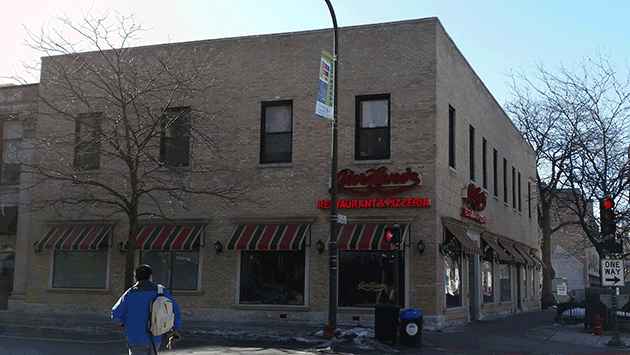 The flock of new pizza joints opening in Evanston will have one less competitor to deal with. The Giordano's Pizzeria at Chicago Avenue and Davis Street downtown closed over the weekend.

Restaurant franchisee and building owner Ted Mavrakis told the Daily Northwestern the shutdown is a long story and he hasn't decided what will replace it in the building.

Evanston recently gained a Domino's pizza on Foster Street. Last week Blaze Pizza opened on Sherman Avenue and 800 Degrees is scheduled to open soon on Church street downtown. And Bake425 is in the midst of reviving the former HomeMade Pizza locations on Central Street and Chicago Avenue. 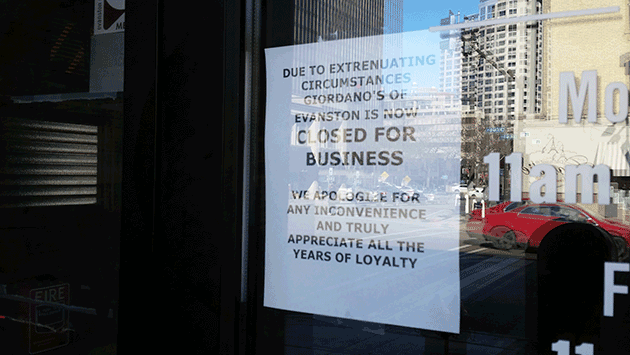 The Chicago-based Giordano's chain has hit some rough spots in recent years. It hired a new CEO in 2012 to revamp its aging menu and last year sued Mavrakis claiming he'd violated a non-compete agreement with the chain because his niece was involved in acquiring the competing Leona's pizza chain.

Mavrakis has been a Giordano's franchisee for over 30 years. He moved the restaurant into the Chicago-Davis corner location early this decade. For many years previously it had been located in the 500 Davis St. building.

Giordano's says the panel ruled that Mavrakis violated his franchise agreements in multiple ways, including by owning and operating several competing restaurants.

The Giordano's statement said the chain hopes to re-open both locations, but a company spokeswoman was unable to clarify how that would be accomplished for the Evanston location, given that Mavrakis owns the building that housed the restaurant.