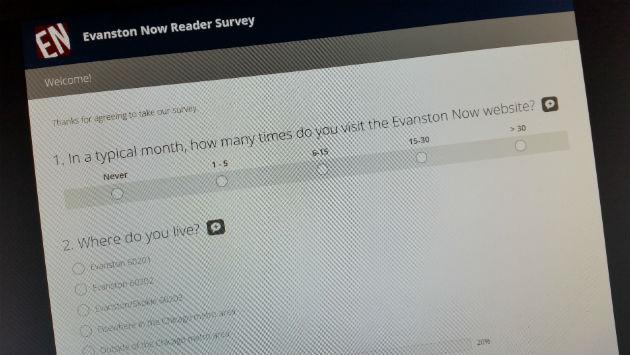 Evanston Now recently conducted a survey of its readers asking for their views about the site feature that allows readers to post comments about stories.

Here are some of the things we learned from the survey, which drew a total of 570 respondents recruited primarily through email messages to site visitors and invitations placed on the site. 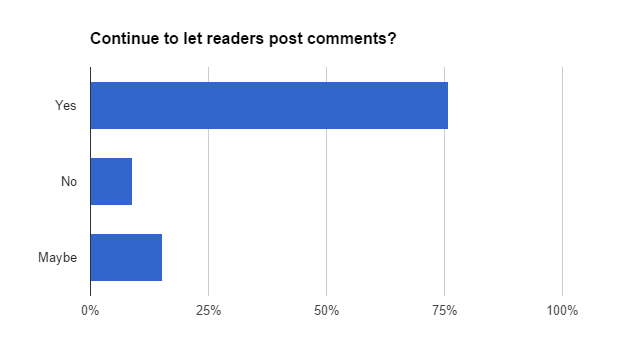 Nearly 76 percent of survey participants said they favored continuing to let readers post comments on Evanston Now. Only 9 percent suggested commenting should be banned. The rest weren’t sure.

More than 59 percent of survey respondents said people should be able to use pseudonyms or be completely anonymous when posting comments. But nearly 41 percent said commenters should only be allowed to post under their real names. 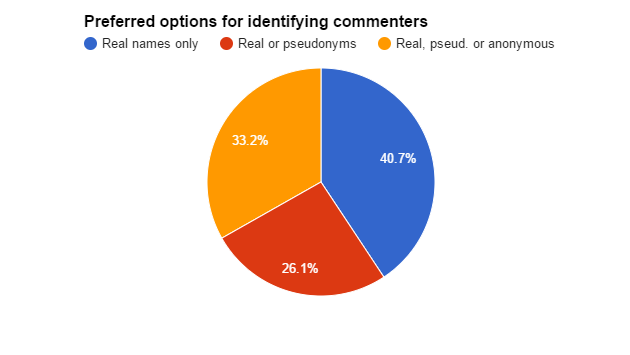 Most survey participants said that in an average month they don’t personally submit any comments for publication on Evanston Now, but nearly a quarter said they typically submit at least one comment a month.

Most said that in visiting online news sites they occasionally or frequently read comments.

Readers tend think the language used by people commenting on Evanston now is a bit more civil than the language they encounter on other sites, although a sizable minority disagree.

Readers also tend to think the language used in Evanston Now comments became less civil during recent months — a time when the local election campaign led to a substantial increase in the volume of comments posted.

Readers tend to say that on balance reader comments add to their experience of visiting Evanston Now, but a minority says the comments detract from the experience.

Readers tend to say they either occasionally or frequently find comments on the site that support their views — but very few say they encounter such comments very often.

Based on the sample size, the survey results have a margin of error of 4.1 percentage points at the 95 percent confidence level.