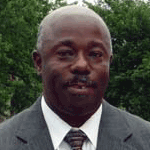 Parris, who was born in Christiana, Manchester, Jamaica, on Feb. 4, 1946, died Wednesday at the Illinois Veterans Home in LaSalle.

The son of a Jamaican mother and a Barbadian father, Parris emigrated from Jamaica to Chicago in 1961. He attended Phillips High School and Wilson College and was drafted into the U.S. Army where he served in Vietnam as a medic.

After his discharge in 1969, he returned to Jamaica and married Kathleen Johnson, who he'd met while on a visit there before his military service.

They immediately settled in Evanston where he began to attend real estate training classes, workshops and seminars to set a foundation for a real estate career.

Parris said he learned about the value of real estate from his father, who dabbled in various real estate investments. In 1971, he sold his prized camera equipment to add to his savings for a down payment on a two-flat on Colfax Street in Evanston.

He lived in one unit and rented out the other to help pay the mortgage. This experience started his quest to use real estate to create wealth, provide affordable housing for the members of the community and to find new challenges and opportunities to improve and develop the community.

Parris began his real estate sales career with Gaskin Realtors in the early 1970s. He and a high school friend, Adolphus Hall, formed their own company, Parris-Hall Realtors, by 1974.

His son Bob recalled that his father repeatedly made personal sacrifices to meet his financial objectives and provide for his family. He believed that avoiding wasteful spending and having a positive attitude are a natural part of building a business and overcoming obstacles.

His son says his father often returned from a construction job site with his office attire bearing evidence that he not only supervised but enjoyed assisting with the manual labor required to complete the project.

Parris moved to Florida in 1979 where he operated another real estate company and developed luxury homes before returning to Evanston in 1983 and forming Manchester Realty, which now is owned and operated by his son.

Parris developed a shopping center and built over three-dozen homes and town homes in Evanston, Rogers Park, and Miami.

In many cases he built a house, sold it, provided the financing, coordinated a low down payment, and offered rental management services or advice on home ownership.

Parris served on the Evanston Chamber of Commerce board and the Roycemore School board of trustees. He was also a longtime supporter of Chicago Concerned Jamaicans.

He was passionate about helping scores of immigrants start life in America. He was devoted to helping and encouraging his family, his wife’s family, friends and even those he didn’t know very well.

In his later years, Mr. Parris was diagnosed with Alzheimer’s disease. He was cared for at home by his wife and a large, supportive extended family before moving to the Illinois Veterans Home in 2013.

Survivors include his wife Kathleen, sons Bob and Stephen and two grandchildren.

In lieu of flowers, donations can be made to Connections for the Homeless or the Evanston Community Foundation – Realtors Fund.