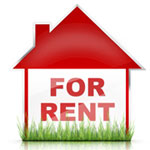 The North Shore Barrington Association of Realtors says the ordinance conflicts with state law giving tenants legal protection against arbitrary evictions, fails to provide any due-process rights for tenants, attempts to circumvent constitutional protections against unreasonable searches and would let city staff deny rental licenses without any due process.

Leaders of the group say the ordinance will discourage people from investing in Evanston rental property and they cite licensing ordinances from Mount Prospect and Skokie as examples of ordinances that avoid the legal concerns they've raised.

Here's the text of a letter NSBAR has sent the city:

Letter to City From NSBAR Leadership

Other stories about Rental Licensing on Evanston Now.